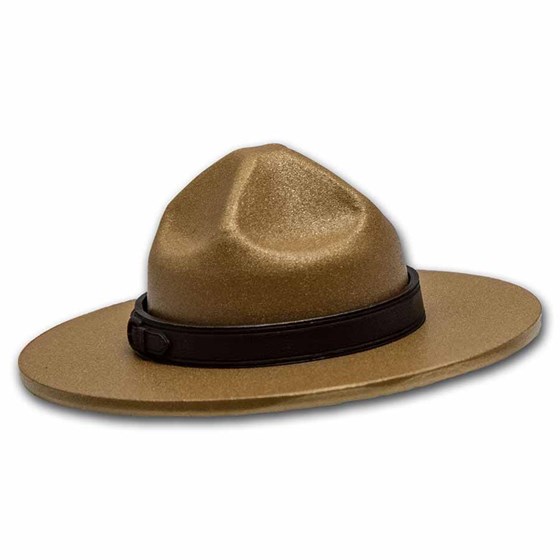 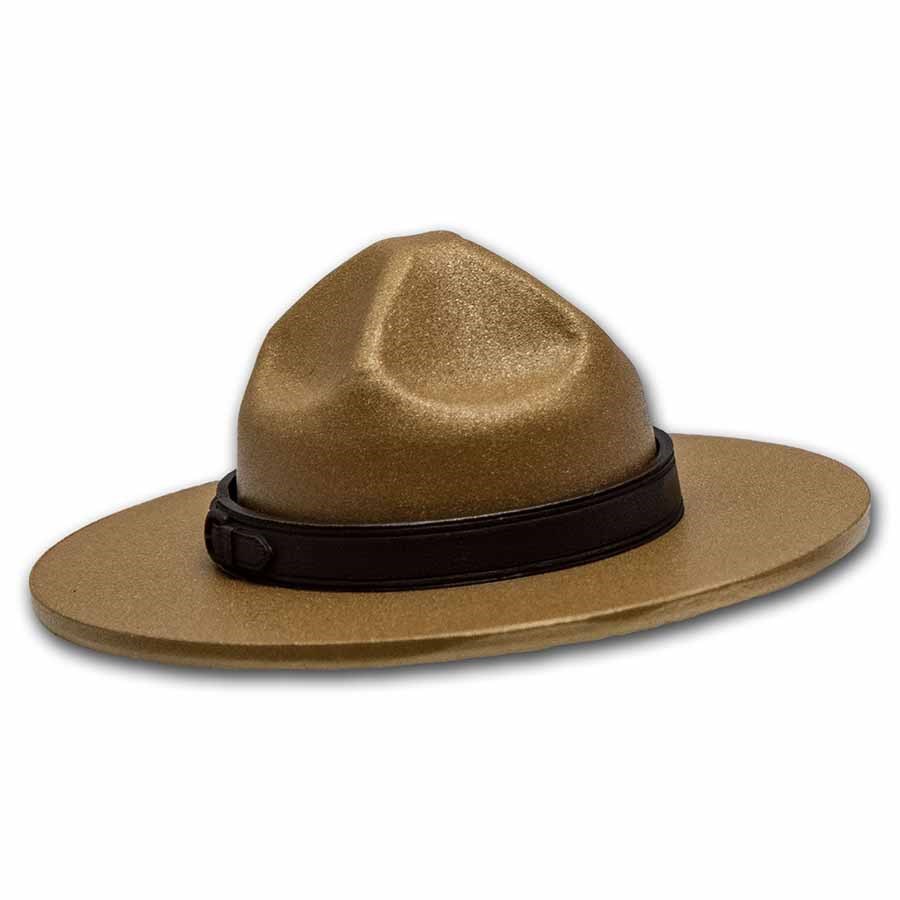 Product Details
Product Details
Sold out at the mint! The year 2020 was a commemorative one for the Mounties: it marked 100 years since the Royal North West Mounted police was renamed the Royal Canadian Mounted Police and took on its federal policing responsibilities.

Looking ahead to 2023, the Royal Canadian Mounted Police will be celebrating 150 years as Canada’s national police service. It’s proud of its history and the many milestones that have made the organization what it is today! To celebrate, the RCM engineered a never-before-seen 3D coin shape: an RCMP hat. Beneath the gold plating on the reverse, a special frosting captures the look of the hat’s felt material while brown gold plating (also a first) colors the bronze band. And take a look at what’s under that wide brim—you’ll find the RCMP motto and the RCMP rider from our 2020 2 oz bullion coin.