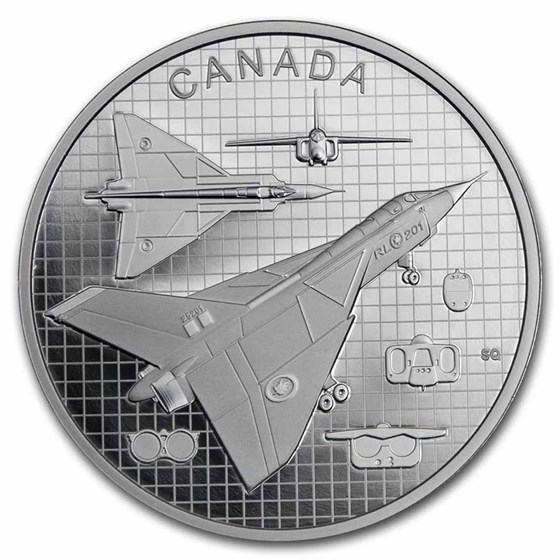 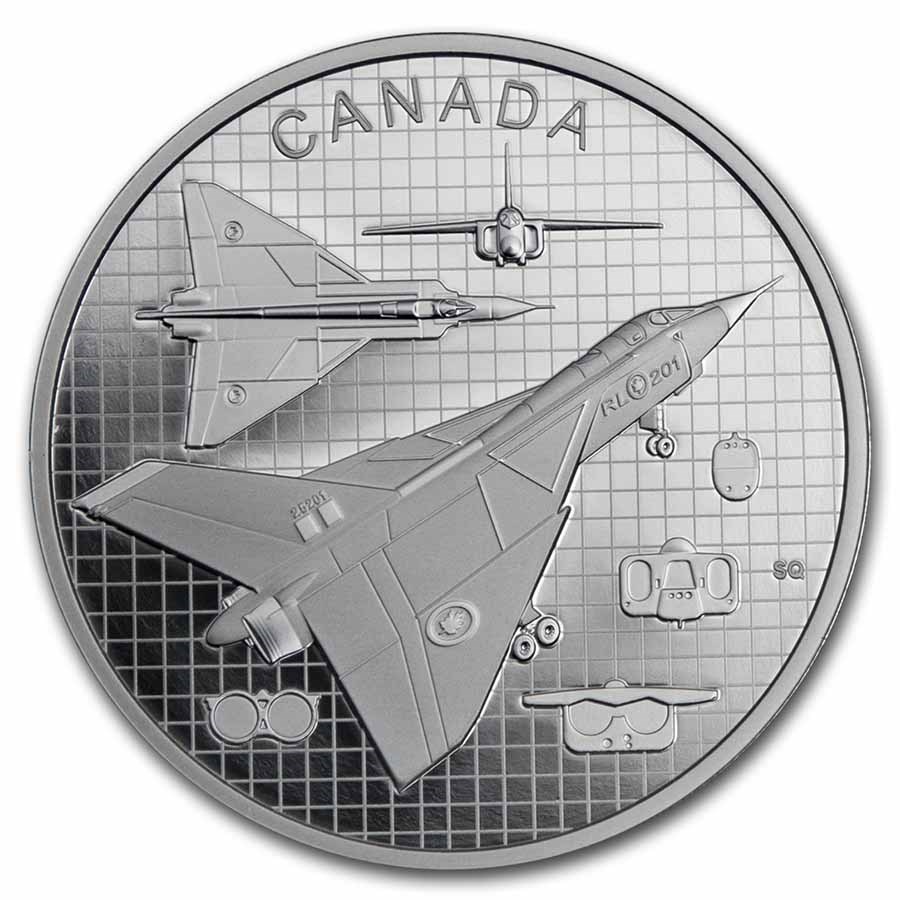 Product Details
Product Details
Celebrate the legacy of the Avro CF-105 Arrow, an aviation marvel that was designed and built in Canada! In the 1950s, this supersonic aircraft was heralded as the fastest and highest-flying interceptor.

It was, and remains, an inspiring symbol of Canadian ingenuity and engineering excellence – especially on this 99.99% fine Silver coin, which salutes the innovators whose ideas provided the blueprint for the Arrow’s achievements.