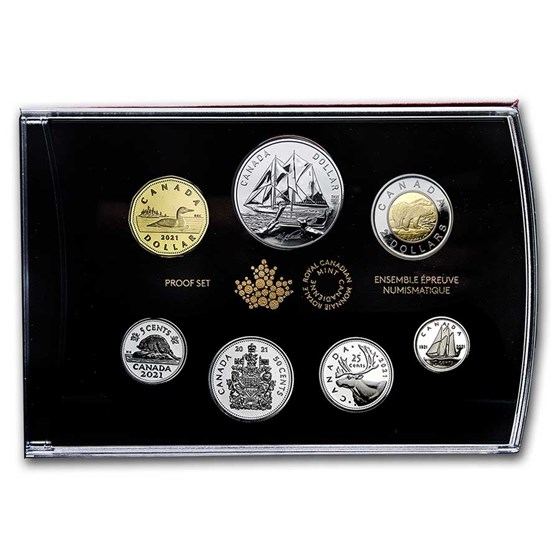 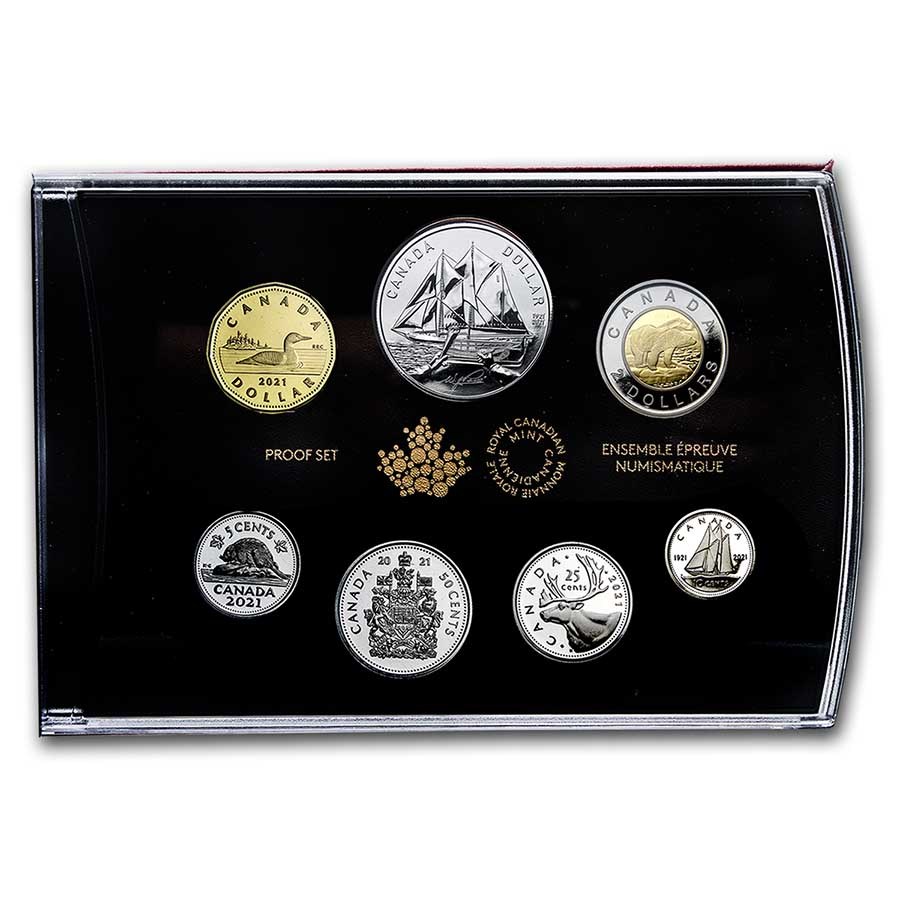 Your purchase will match the quality of the product shown.
Product Details
Product Details
Sold out at the mint! This year’s seven-piece Special Edition Silver Dollar set features a brilliant uncirculated version of the 2021 Bluenose Proof Dollar, and it’s only available as part of the set.

A traditional BU (brilliant uncirculated) finish is a classical approach to the legendary schooner and the effigy of King George V. This effigy appeared on all Canadian coins issued in 1921, the year Bluenose was launched and captured the International Fishermen’s Trophy. Bluenose centennial anniversary extends to the set’s 10-cent coin, which is double dated and features the effigy of King George VI — just like the first Bluenose dime issued in 1937.