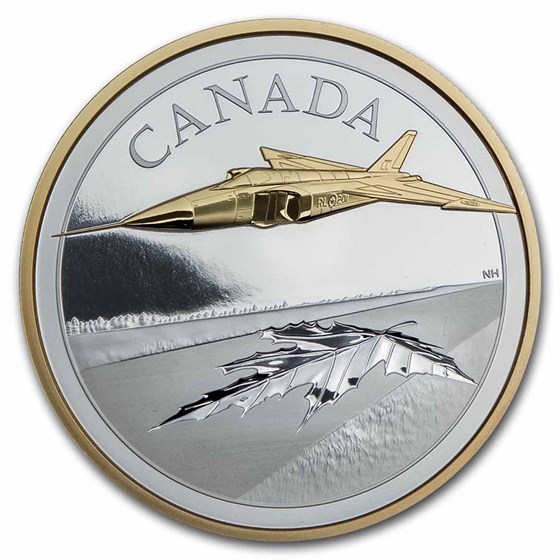 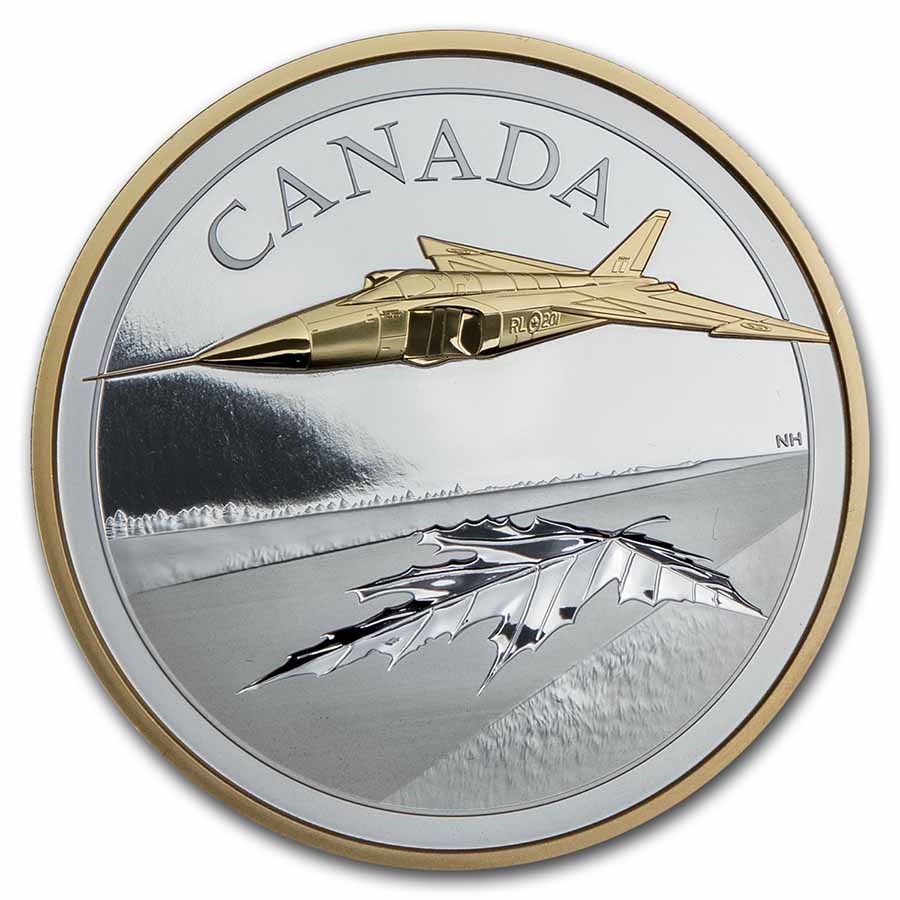 Product Details
Product Details
It was a made-in-Canada marvel that was ahead of its time. Designed to fly higher and faster than any other aircraft in the 1950s, the Avro CF-105 Arrow put Canada on the cutting edge of aviation technology.

Despite the project’s cancellation in 1959, the Arrow’s legacy endures. And on this 5 oz fine Silver coin, we imagine the supersonic fighter jet taking to the skies once more, while on the ground, its shadow represents those who took Canada’s spirit of innovation to new heights.

Celebrate Canadian innovation and ingenuity with this 5 oz fine Silver coin, which highlights the story of the Avro CF-105 Arrow. Add this 2021 Canada 5 oz Silver Avro Arrow coin to your cart today!

In 1953, A.V. Roe Canada Ltd. was commissioned to develop a supersonic interceptor that would bolster North America’s air defenses during the Cold War. Production began at the company’s facilities in the town of Malton, Ontario, and on October 4, 1957, the first Arrow, RL-201, was unveiled to great fanfare. After a successful first flight on March 25, 1958, four more prototypes were completed, plus one Arrow Mk. 2. The twin-engine, delta-winged Arrow was hailed as a technological triumph; it was the first production aircraft to adopt a fly-by-wire flight control system, while the newly developed Iroquois PS-13 turbojet engine would have allowed it to fly at a speed exceeding Mach 2 — twice the speed of sound. But the program was canceled on February 20, 1959. All prototypes, models, plans and equipment were ordered destroyed, though some surviving pieces can be found in Canadian museums.