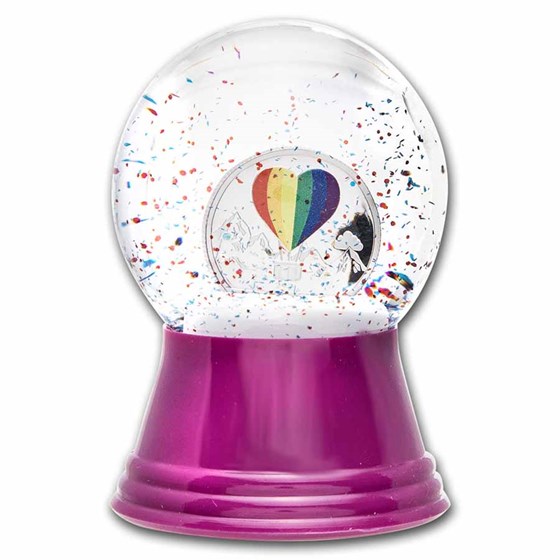 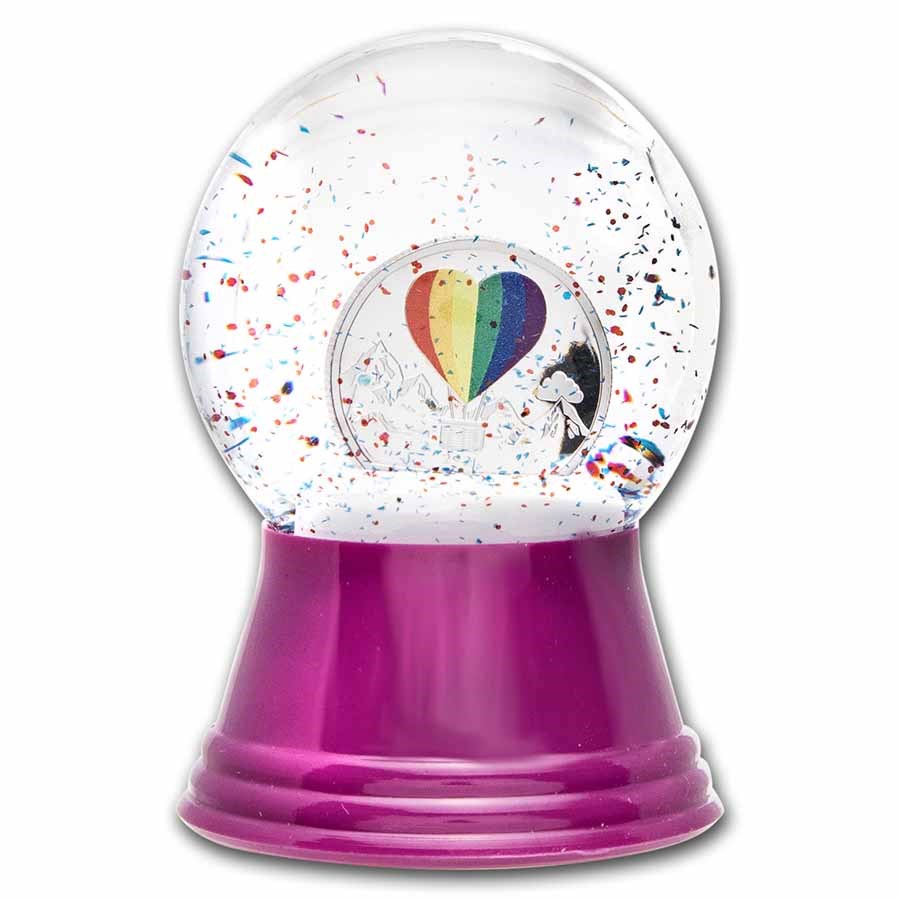 Product Details
Product Details
This beautiful Silver coin is the fourth release in the beloved Globe Series. This unique coin has a mintage of only 2,021 worldwide.

Handle your globe with care by adding these cotton gloves to your order.

The globe itself is produced in Vienna by the Perzy family business who invented the globes in the 19th century. The premium globes are handcrafted, made of highest quality glass and filled with pure alpine water. Add this 2021 Cook Islands Silver Love Globe coin to your cart today!

Snow Globe Series
This eye-catching series presents one of the most unique coin concepts that makes numismatics appealing and fascinating to the general public and to an entirely new group of collectors. The series made its debut in 2017 with the launch of the Cherry Blossom Globe, which was the first numismatic snow globe to exist. Since its initial launch, this series has continued to be popular, with every launch selling out at the mint.