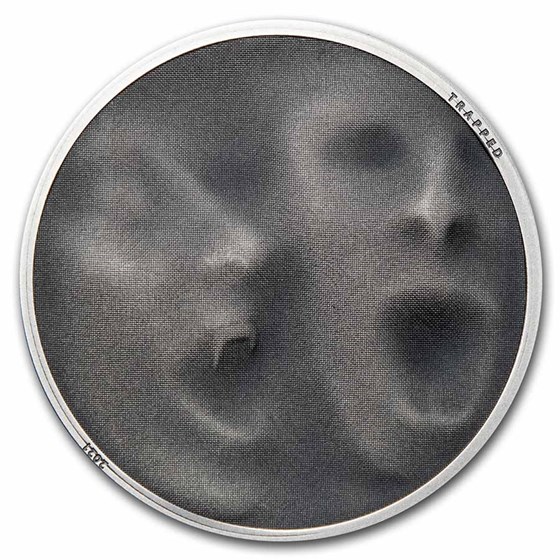 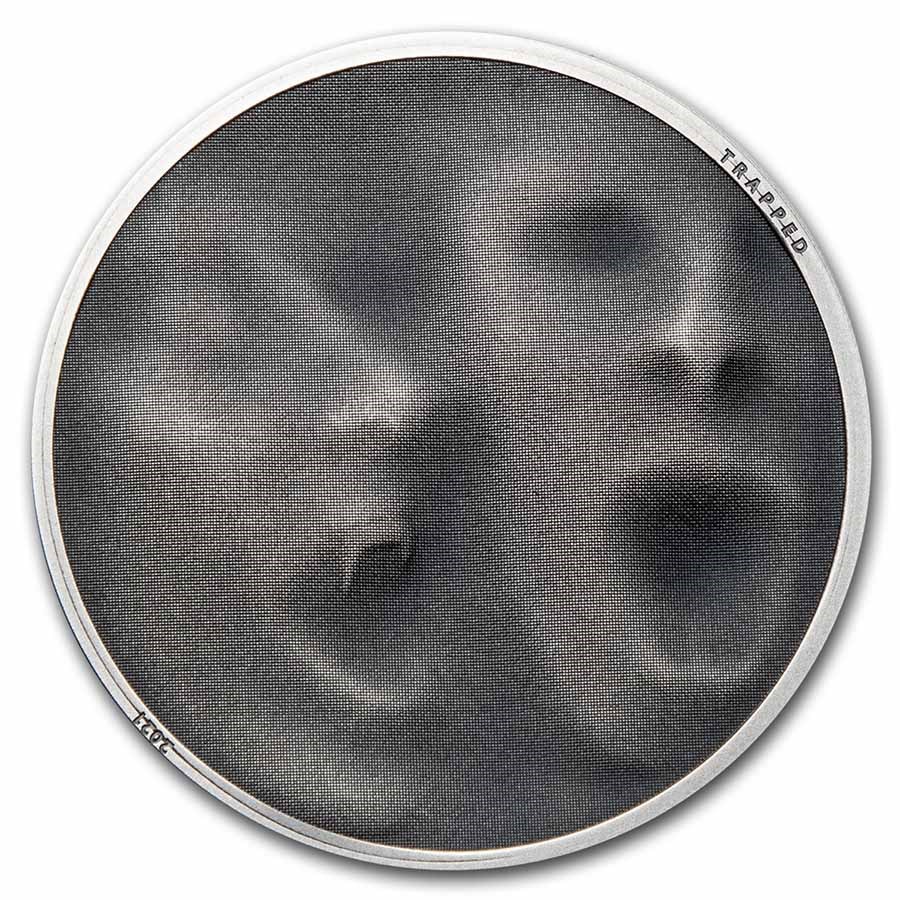 Your purchase will match the quality of the product shown.
Product Details
Product Details
This unique coin marks the third release in the popular Trapped series, featuring a mintage of only 999 coins worldwide. Sold out at the Mint!

This Silver coin embodies the universal nightmare and fear of not only being attacked but also trapped. Add this 1 oz Antique Silver Trap Attack coin to your cart today!

Trapped Series
The Trapped series captures the fear of being trapped - physically or mentally, with no way out. This series has become extremely popular, selling out at the mint almost instantly after every release. For the first time a coin's highlight isn't focused on what is added to the surface of the coin, but instead what lies beneath.