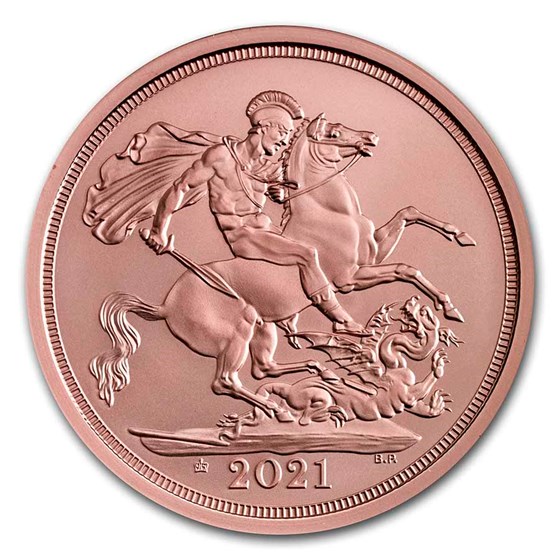 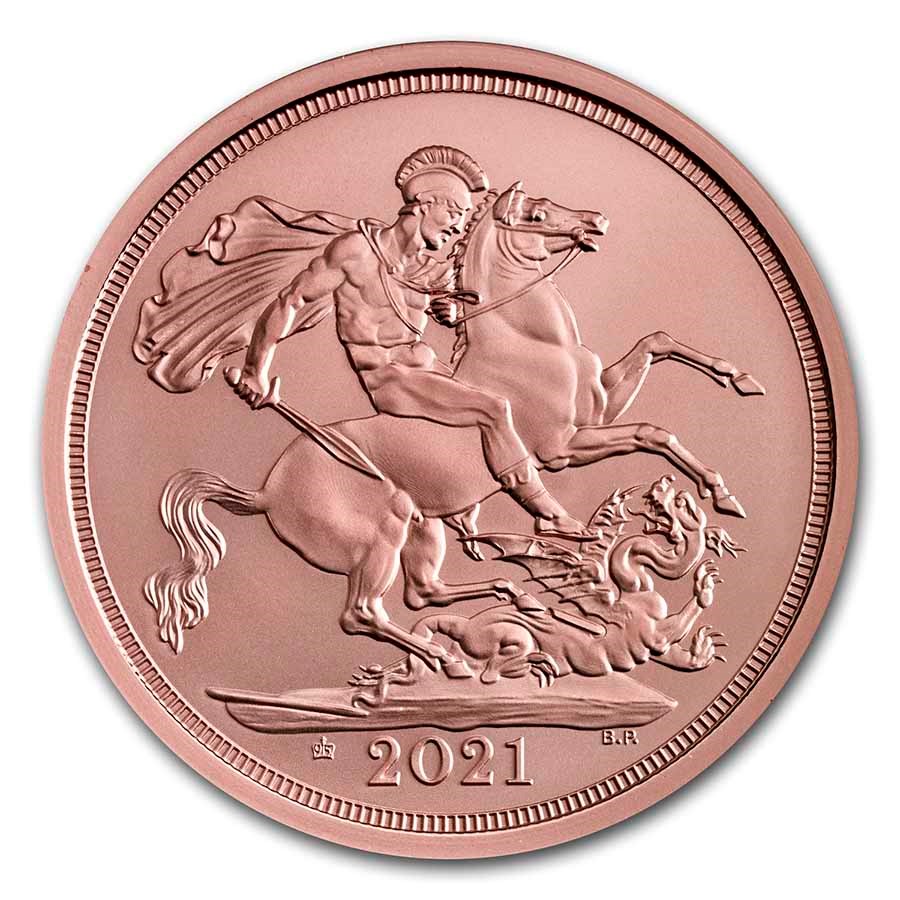 Product Details
Product Details
As low as $999.00 per coin over spot
This special edition celebration sovereign was struck on April 21st, 2021, exactly 95 years from Her Majesty's birth. There were will just 1,295 of these commemorative coins struck.

This British coin continues to be recognized as a Gold coin of beauty, quality and value, and is considered by many as the flagship coin of The Royal Mint. Add these celebratory 2021 Gold British Sovereign coins to your cart today!

Gold Sovereign
The Gold Sovereign was first struck in 1489, and has endured for centuries. The coin was first released by Henry VII to impress monarchs and others with the wealth of his Tudor dynasty. Succeeding monarchs also had the coin struck during their reign, including Henry VIII, Edward VI, Mary I and Elizabeth I. During James I's rule, minting of the coin was ceased, with other Gold coins being struck instead. Then, the guinea coin was introduced in 1663. After the currency reform following the end of the Napoleonic War in 1817, the sovereign was revived. However, during the First World War in 1914, the use of Gold was discouraged, and the Sovereign once again disappeared from circulation, until 1957 when the minting of sovereigns on a large scale was resumed. The current design of the Sovereign was first introduced in 1817, with a design by Benedetto Pistrucci, featuring a classic design of St. George mounted on horseback, slaying a dragon.