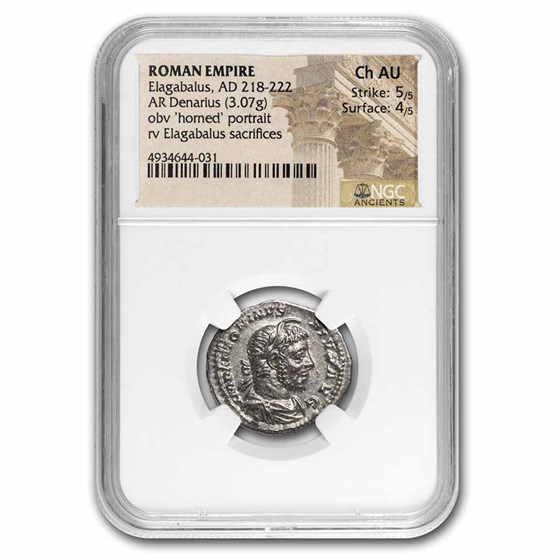 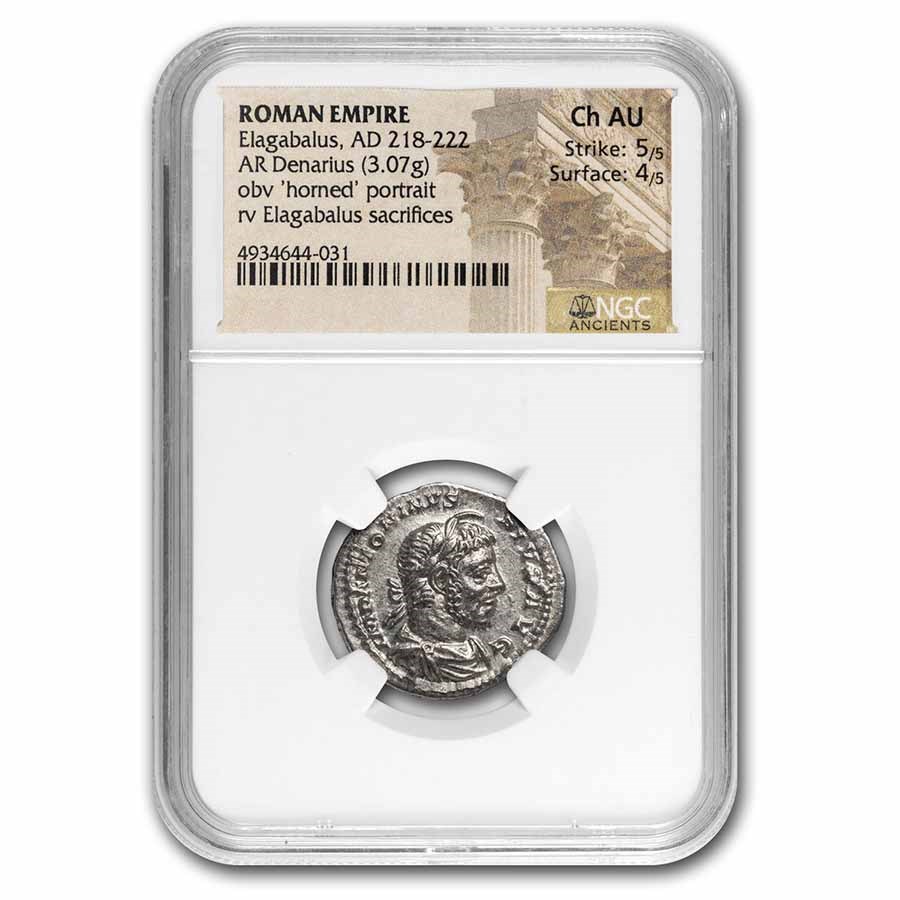 Product Details
Product Details
This Roman Silver Denarius was issued during the reign of Emperor Elagabalus, who ruled Rome from 218-222 AD. He was only 18 years old when he was assassinated. Horned portrait variety.