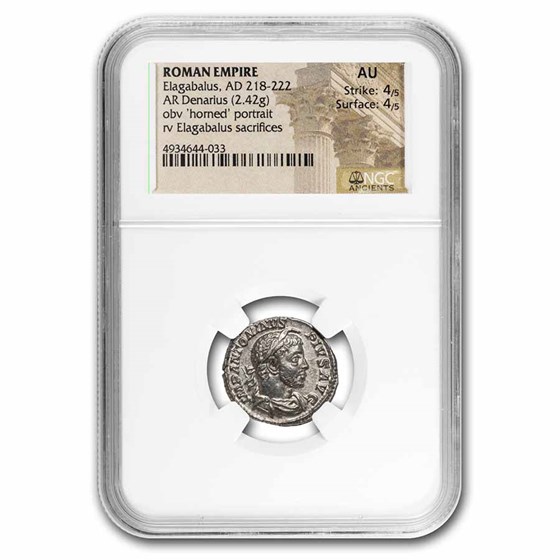 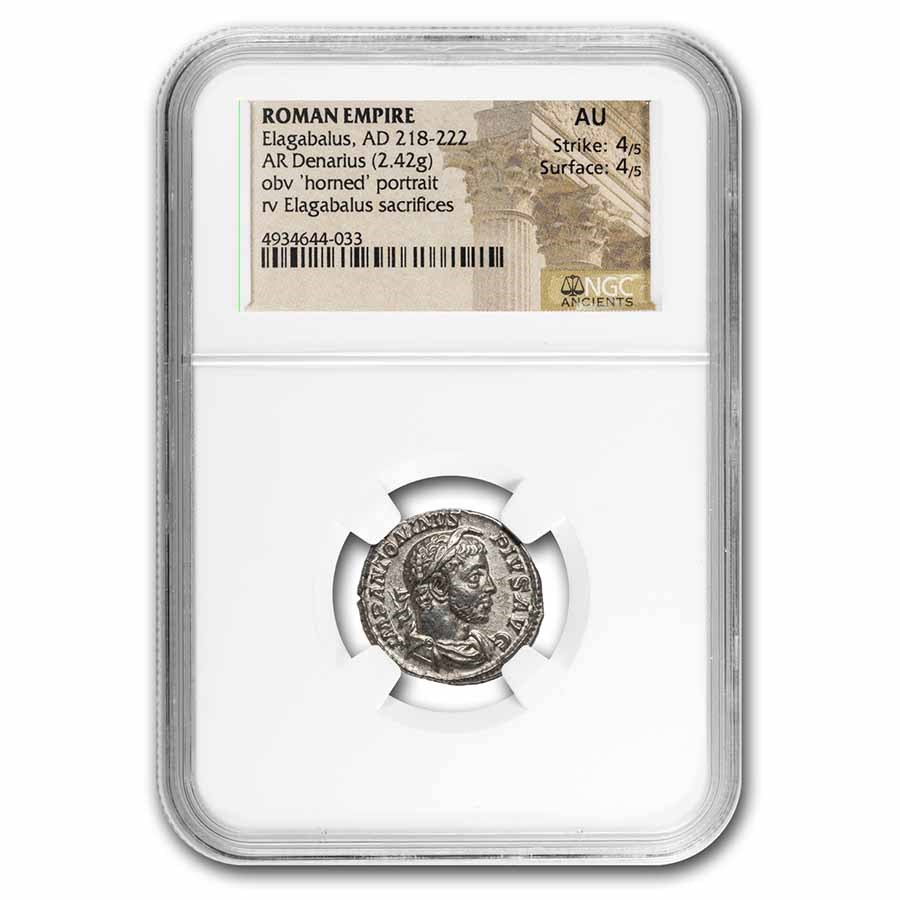 Your purchase will match the quality of the product shown.
Product Details
Product Details
This Roman Silver Denarius was issued during the reign of Emperor Elagabalus, who ruled Rome from 218-222 AD. He was only 18 years old when he was assassinated. Horned portrait variety.