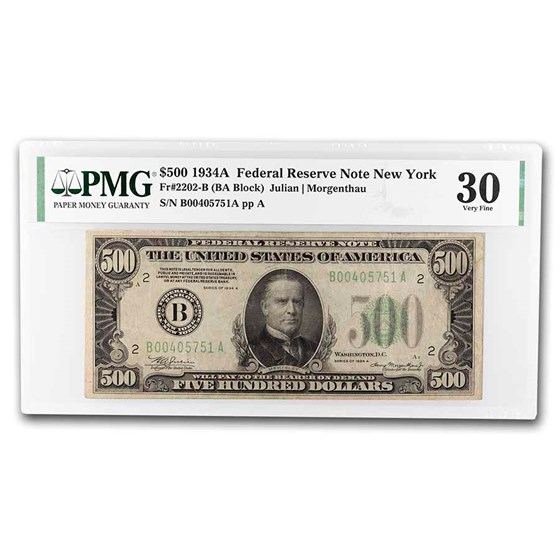 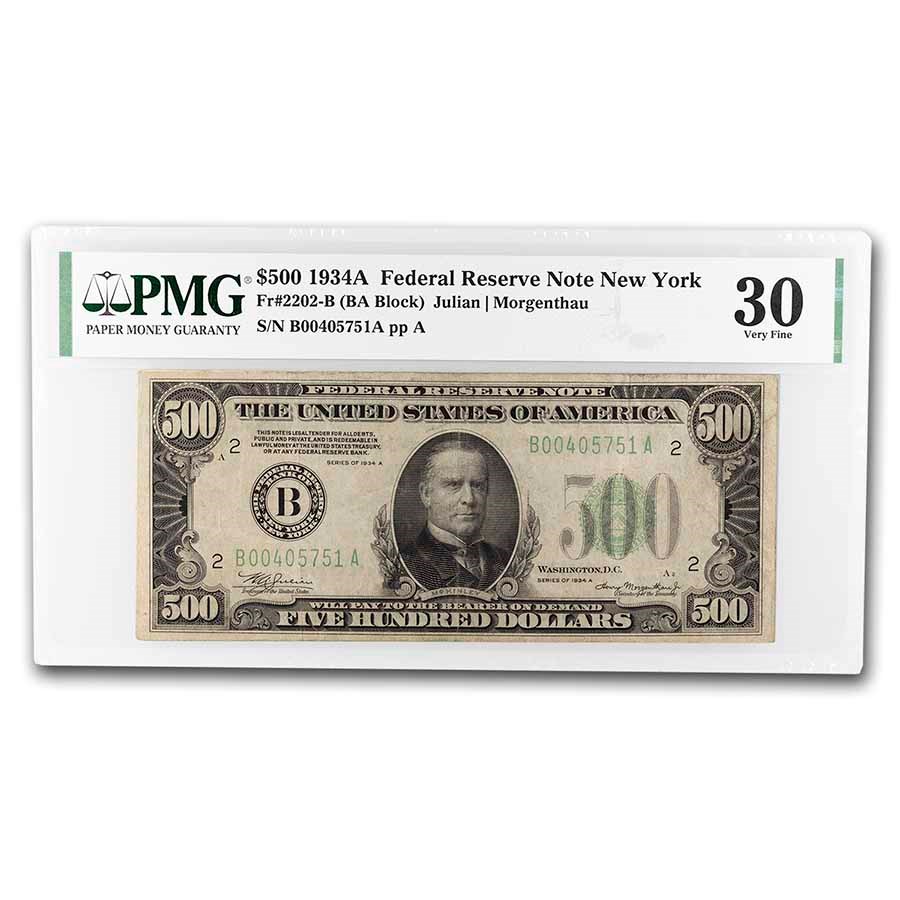 Product Details
Product Details
This $500 Federal Reserve Note is from the 1934-A series issued by the New York district. Graded VF-30 by Paper Money Guaranty.