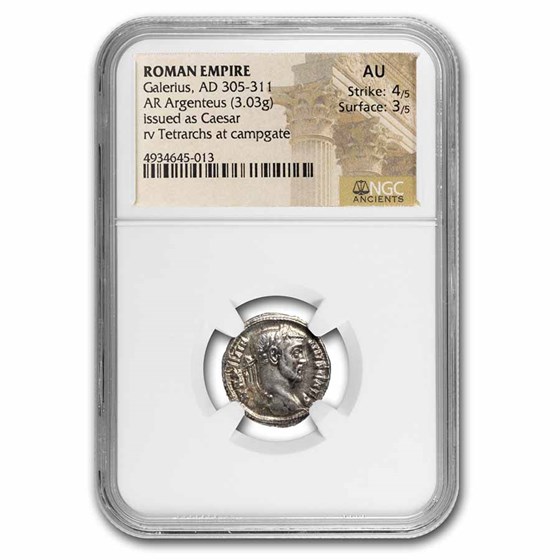 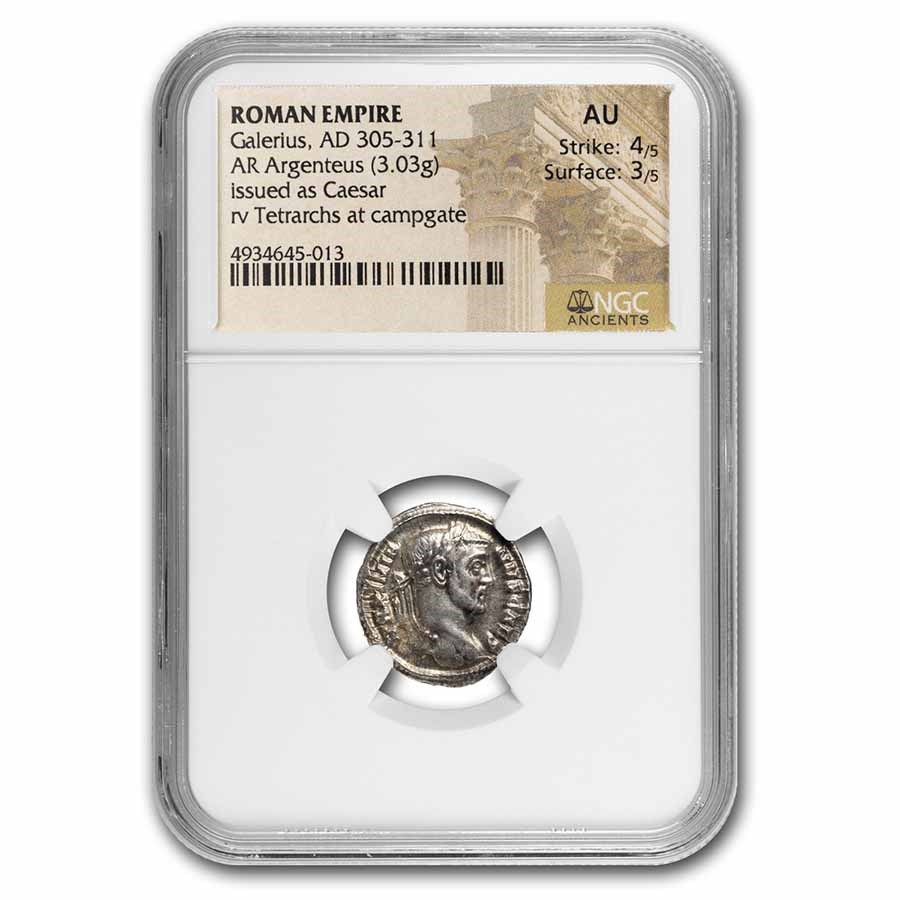 Your purchase will match the quality of the product shown.
Product Details
Product Details
Only $619.00 per coin
Galerius would persue the last and bloodiest attempt to eradicate Christianity from the Roman empire committing many atrocities against the early church. He would eventually realize the futility of the persecution at the end of his reign and make peace.


Display your ancient coin in style by adding a presentation box to your order today.

Add this Roman coin to your cart today!