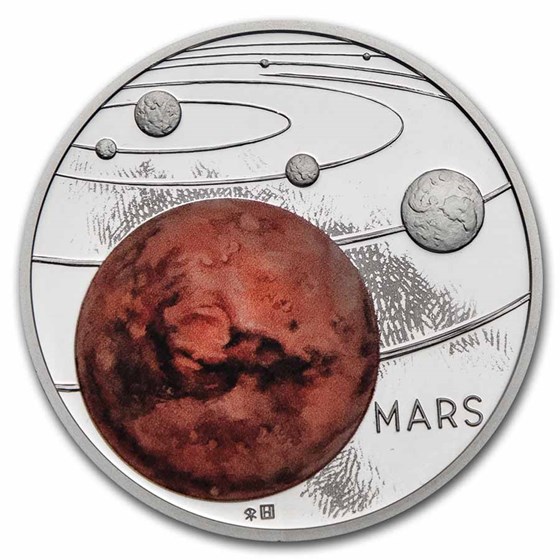 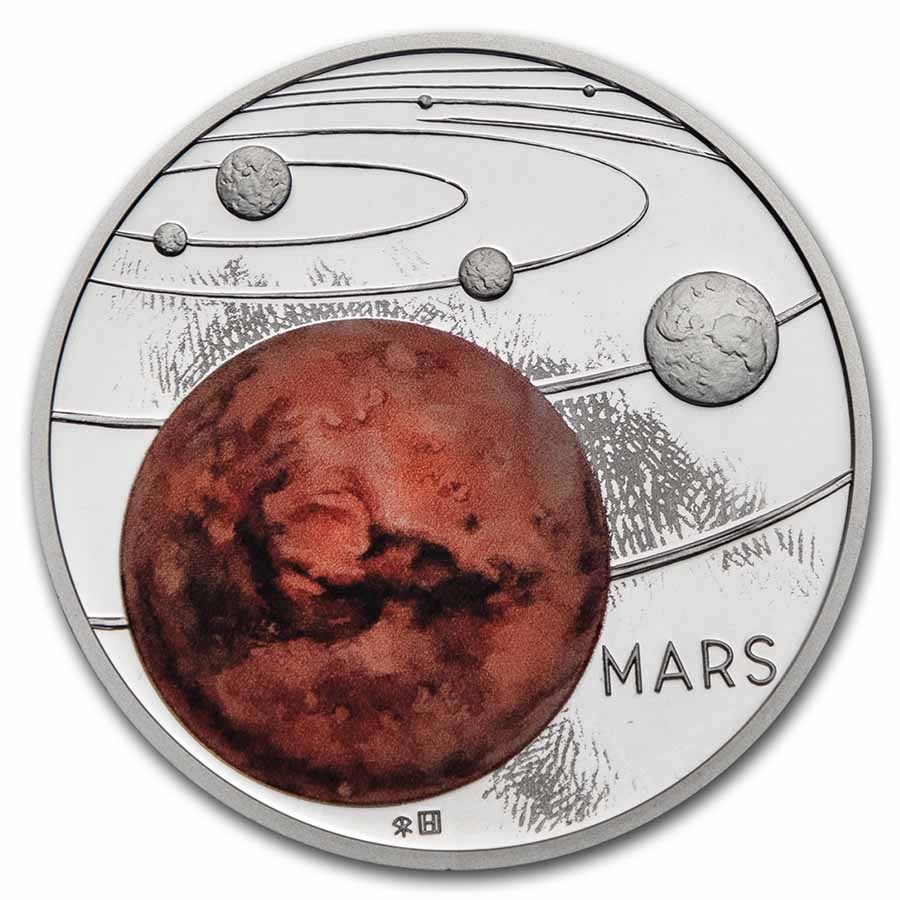 Handle your 1 oz Silver Proof Solar System with care by adding these cotton gloves to your order.

Mars continues to amaze us. Add this Solar System Mars coin to your cart today!

Solar System Series
This series includes all the planets and in addition two additional coins; First People on the Moon and First Human in Space. The planet coins feature a colorful image of the planet.