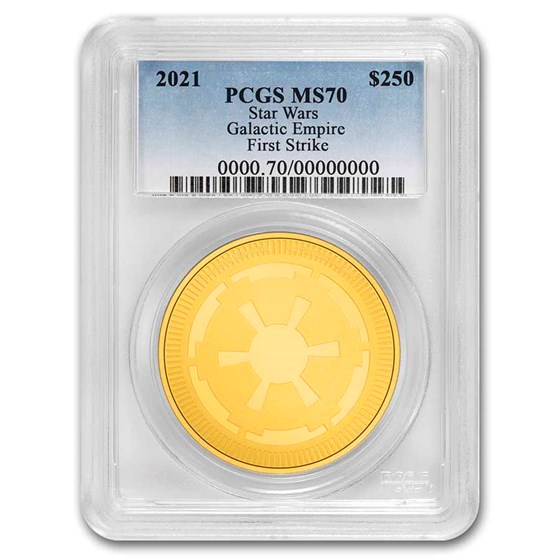 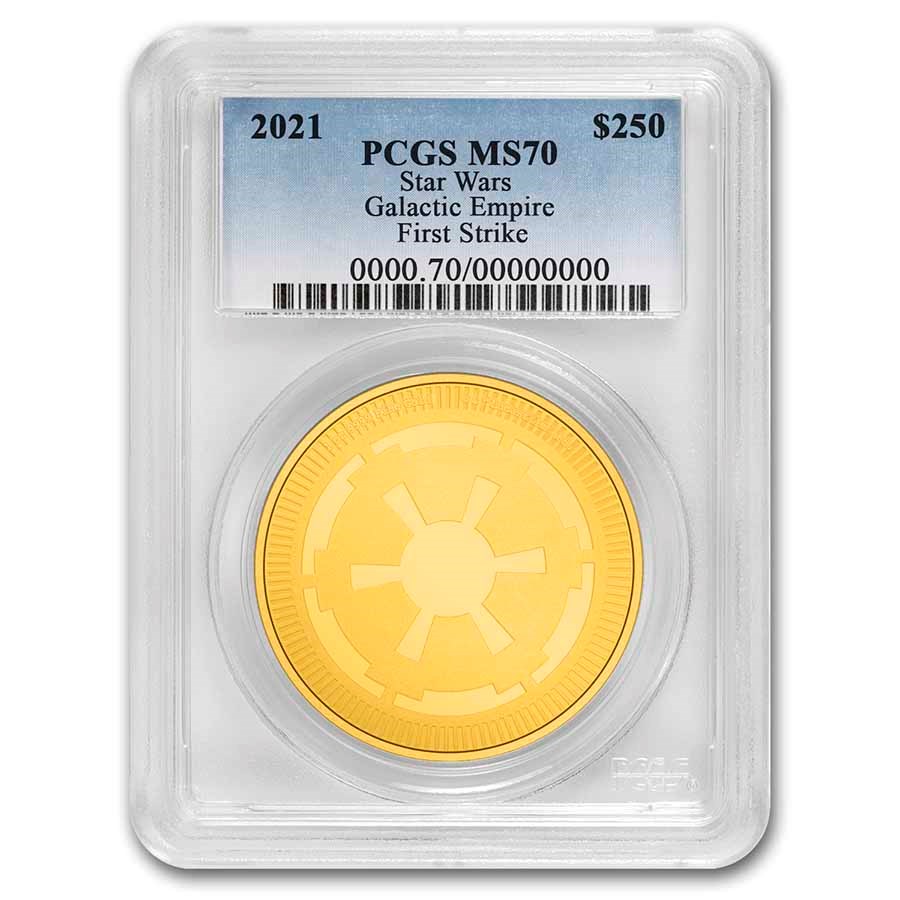 Product Details
Product Details
Exclusively from APMEX, this Star Wars Galactic Empire Bullion coin of .9999 fine Gold can be yours! This coin is graded MS-70 by PCGS with the designation of FirstStrike.

Star Wars Galactic Empire
When Sith Lord, Sheev Palpatine created the Galactic Empire from the ashes of the Galactic Republic he refashioned the Republic's 8-spoked cog into the 6-spoked symbol that came to represent the most feared and mighty empire the Galaxy had ever seen. Palpatine understood the power of symbols in branding his new empire and projecting strength throughout the galaxy. The similarities and differences to the symbol of the Old Republic simultaneously maintained a familiarity necessary for acceptance while also indicating a clear transition to a new order. The Galactic Imperial Crest would appear on flags, spacecraft, administrative buildings, currency and more. Now you can invest in real life official Galactic Empire Bullion Gold.