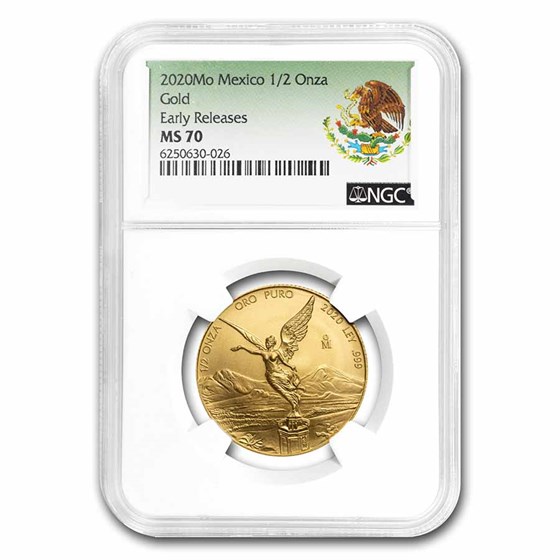 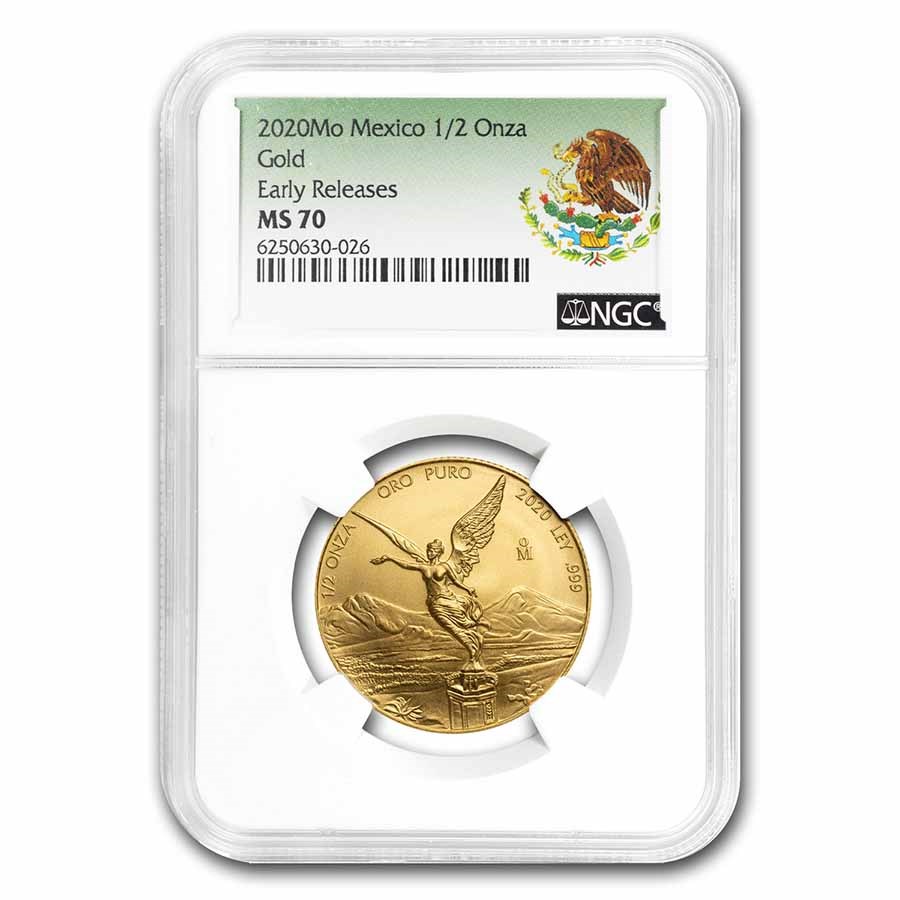 Product Details
Product Details
Gold Libertads are hard to come by due to their low mintages, with this 2020 release having only 700 produced worldwide. There are only 53 of those graded a perfect MS-70 by NGC.

Gold Mexican Libertads have incredibly low mintages for bullion coins, and their newer design is highly desired among collectors. These coins are rapidly gaining popularity in the United States and are not easy to come by. The Libertad is Mexico's most treasured coin and is minted at Casa de Moneda de México, the oldest mint in North America, established in 1535. Add this 2020 MS-70 NGC 1/2 oz Gold Mexican Libertad coin to your cart today!