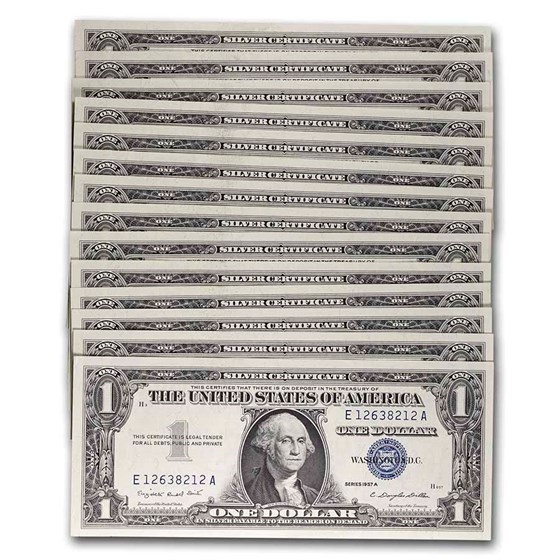 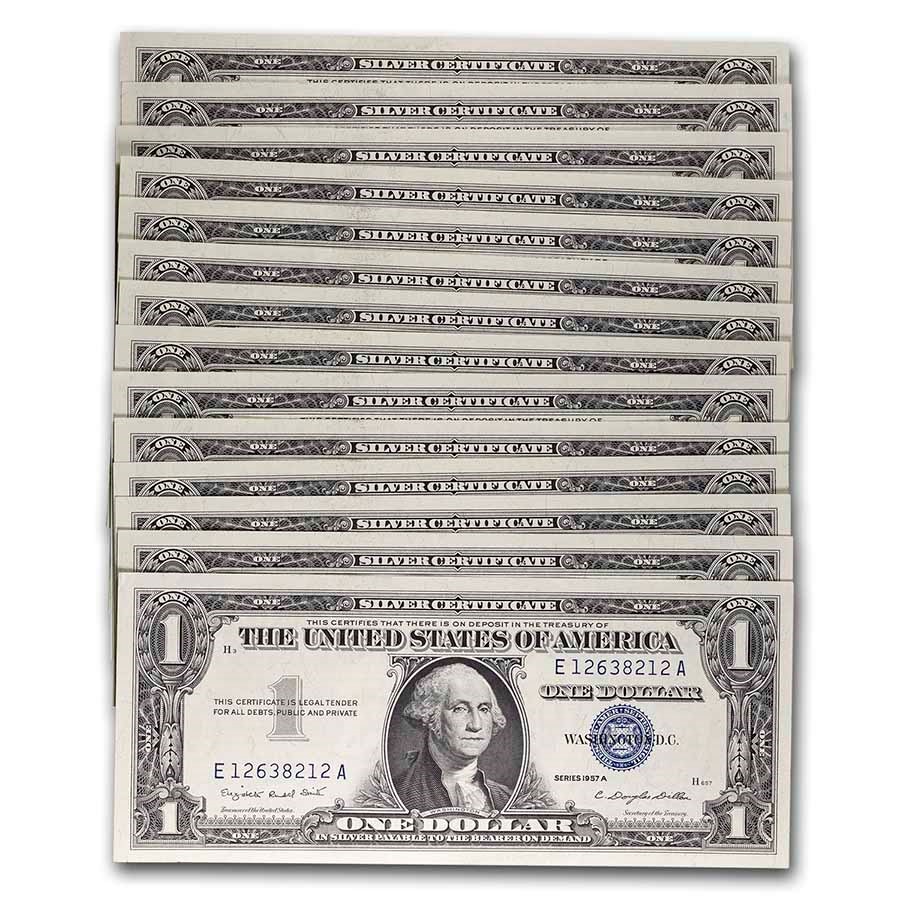 Product Details
Product Details
This group of series 1957-A $1 Silver Certificates is a great find. This lot consists of 14 consecutively numbered notes that have been kept together for over 50 years.

Series 1957-A was the next to the last $1 Silver Certificates printed. Add some of these great conversation pieces to your cart today!