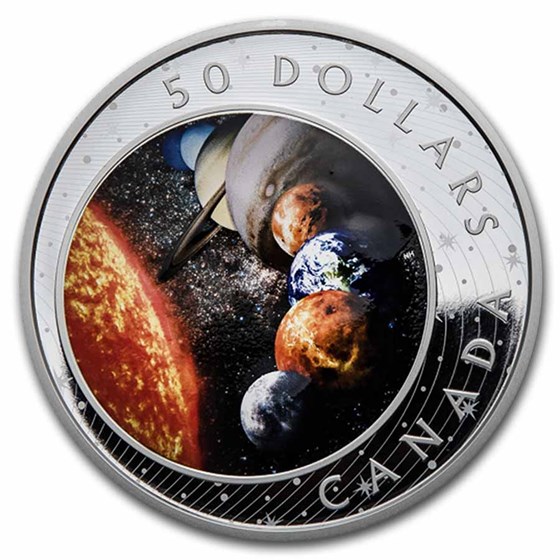 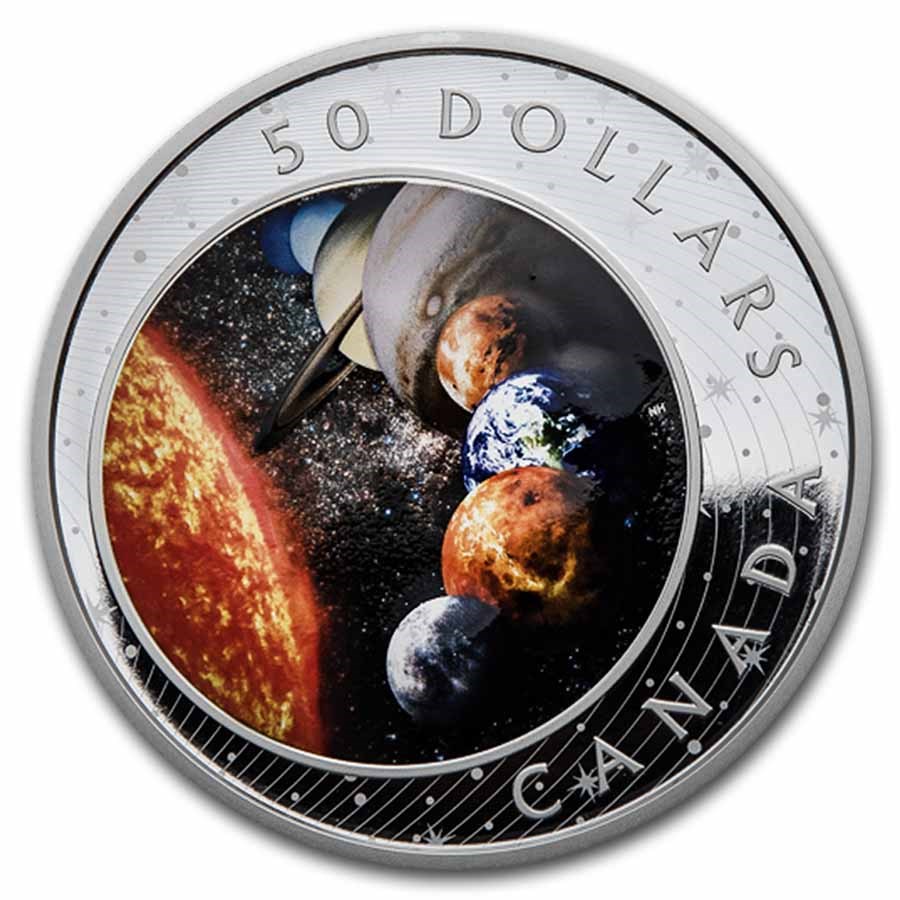 Dotted with stars, the engraved “orbital” pattern swirls around the colorful view of space on the coin’s reverse. All eight planets, as viewed by telescopes in space, are artfully grouped together in order to highlight the differences in size and appearance. As for the Sun and the stars, they are celestial sources of light in space and on this coin: shine a black light flashlight on the reverse and watch as these enhanced elements begin to glow!

Add this one of a kind 5 oz Silver Solar System coin to your cart today!