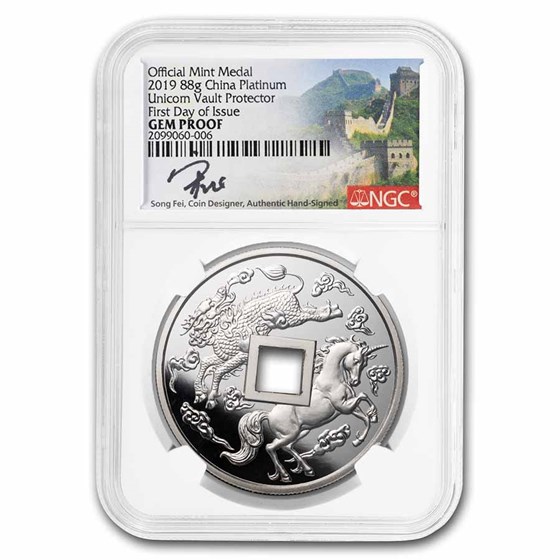 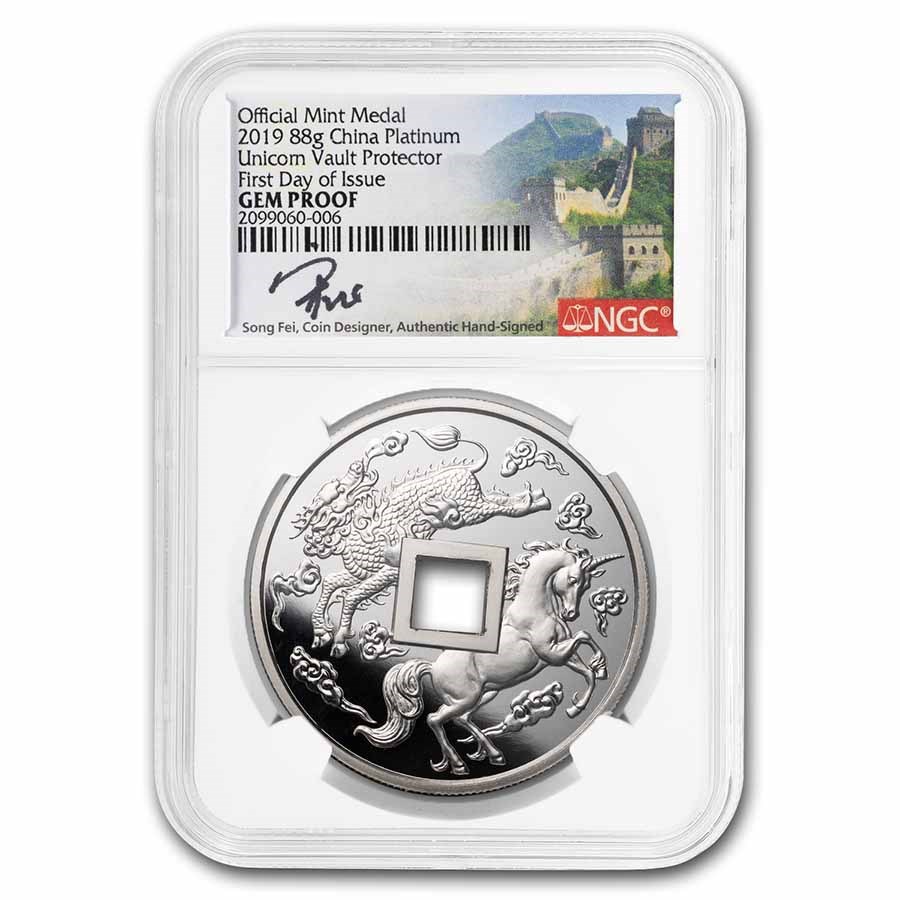 $1,070.99 $1,090.99
As Low As
23% Off The Premium
Product Details
Product Details
Celebrate the 25th Anniversary of the original Chinese Unicorn, which was first struck in 1994. This special commemorative medal weighs 88 grams and has a worldwide mintage of only 88 medals because the number 8 is considered lucky in China.

Coin Highlights:
Protect your Platinum coin in style by adding an attractive display box to your order.

Enhance your Chinese Platinum collection with this highly sought after coin. Add this 2019 China 88g Platinum Unicorn Commemorative Medal to your cart today!