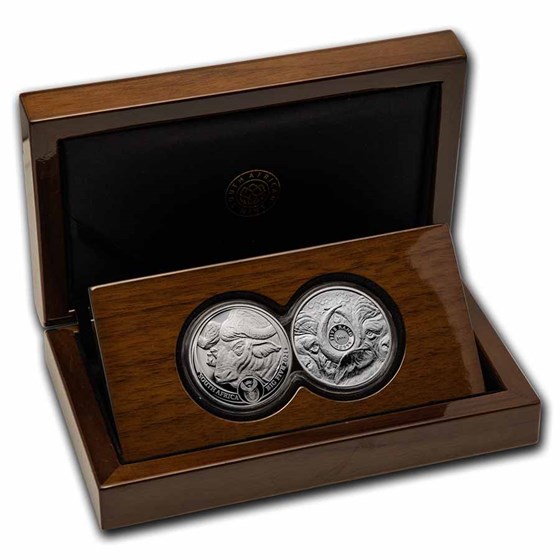 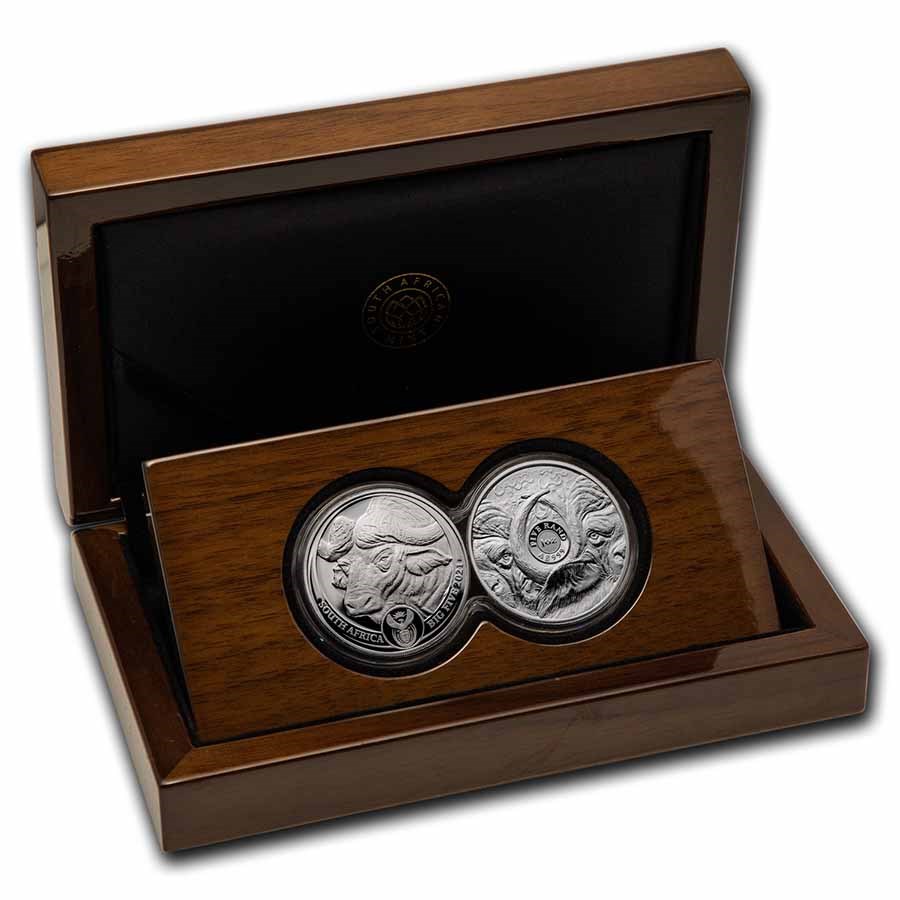 Product Details
Product Details
This amazing set has a mintage of only 1,000 worldwide. This is the fifth release in this series by The South African Mint featuring all of the animals in the Big five.

When the two coins are placed side by side the full image of the buffalo is depicted. Add this 2021 South Africa 2-coin Silver Big Five Buffalo Proof Set to your cart today!