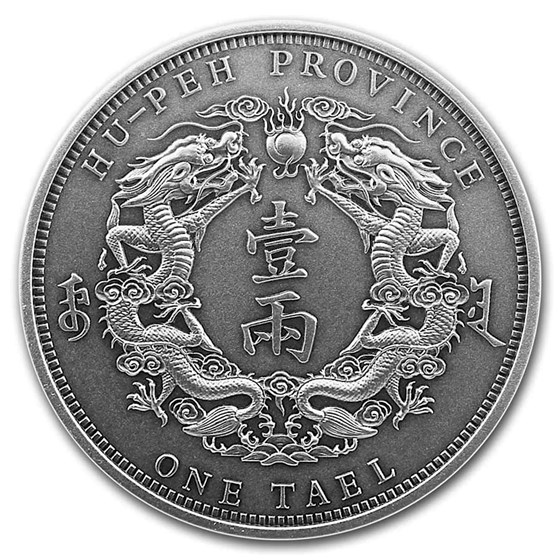 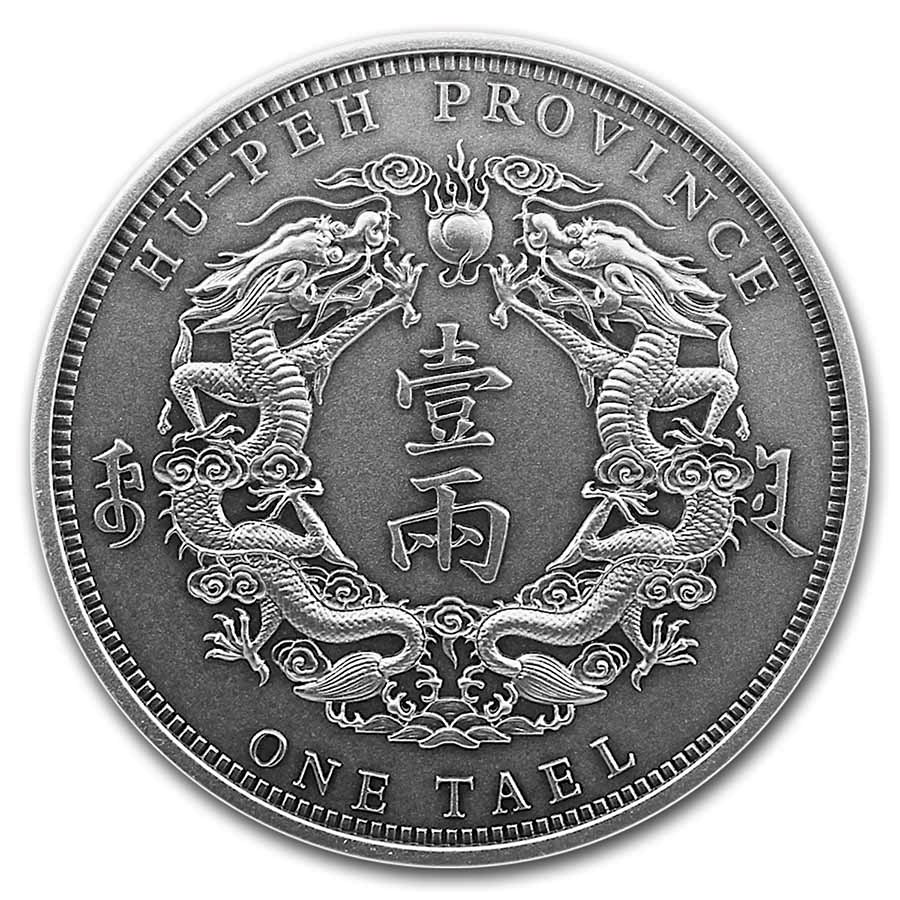 Protect and display your Antique Silver Dragon Dollar Restrike coin in style by adding an attractive display or gift box to your order.

This Antique Silver restrike is loved around the world for its 1 oz metal content and classic design. Add the 2021 China 1 oz Antique Silver Twin Dragon Dollar Restrike to your cart today!

Chinese Origin:
Coins that were produced in China of this type are known Kwangtung dollars from the old Romanization of the name of the mint that they were first produced in, more popularly they are known in Chinese as, "Dragon Silver" or "Dragon Money," capable of being read as both Silver and/or money.

Beautifully struck. Nice companion to a Smithsonian restrike in brass.

APMEX does collectors a great service by offering these exclusive products. Helps me expand my collection of investment products. Dr. Trevino, Texas