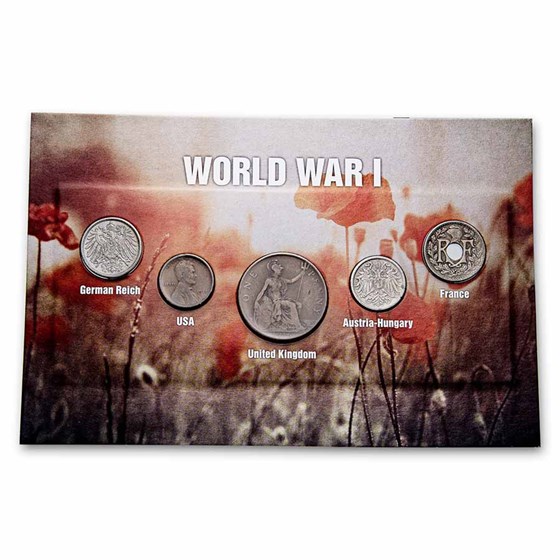 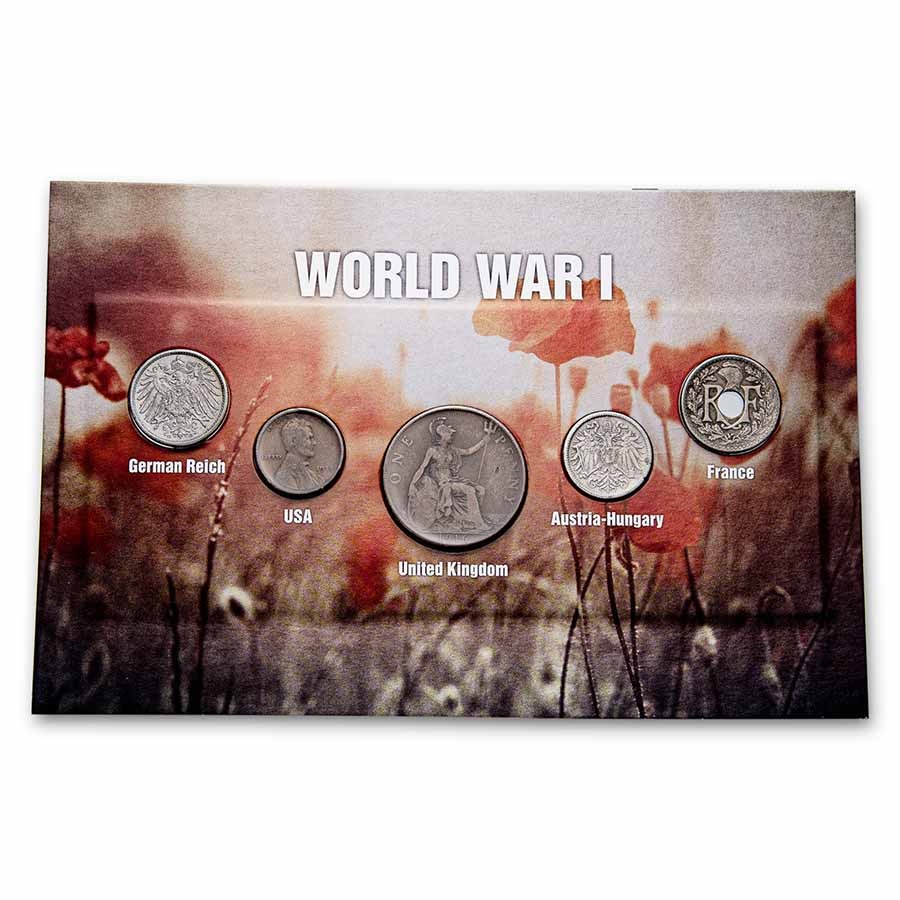 Product Details
Product Details
During the early 20th Century, much of the world was thrown into chaos as the First World War started due to the assassination of Franz Ferdinand. This coin set contains coins from some of the countries involved dated to that time period.


Protect your coins from fingerprints by adding these cotton gloves to your order today.

Add this World War I coin set to your cart today!