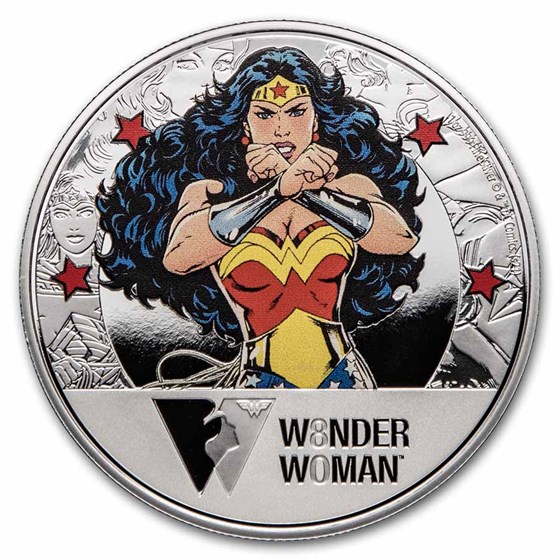 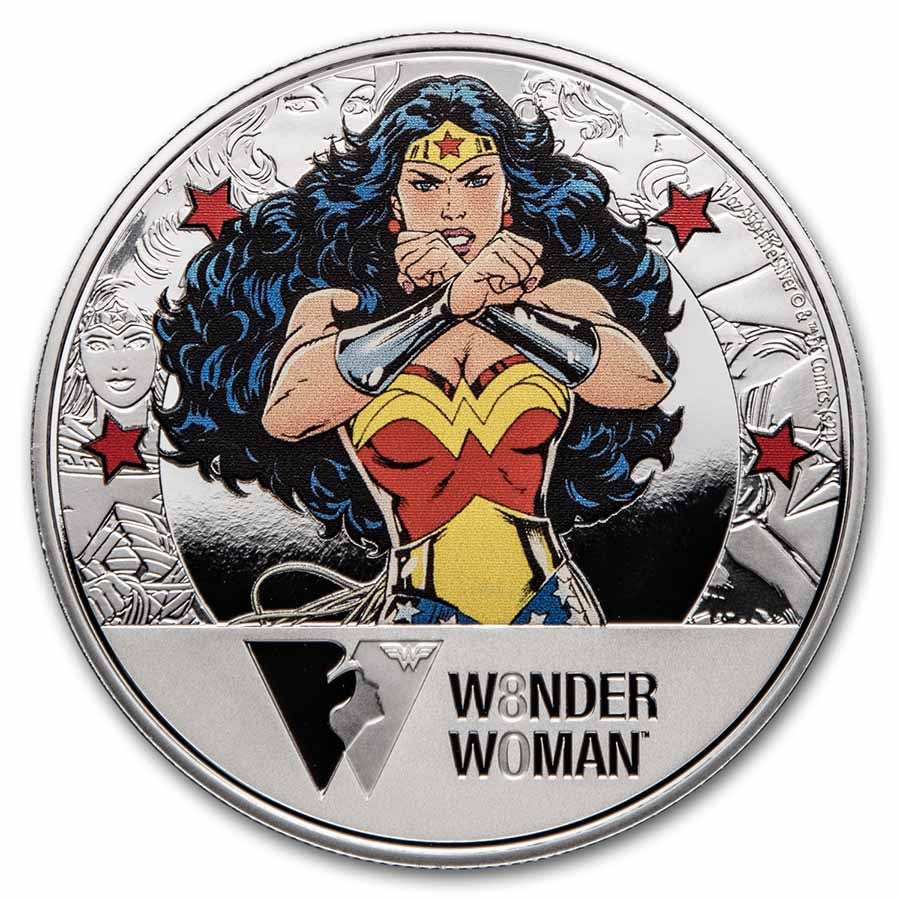 Product Details
Product Details
Celebrate 80 years of Wonder Woman with this 50 mm wide colorized proof Silver coin officially licensed by DC Comics! With a limited mintage of only 1,941 coins, this is sure to sell out!

These unique 50 mm wide format coin allows for a much larger space to depict the Amazon princess. Order today to make sure you get yours, there are only 1,941 available worldwide!

80 Years of Wonder Woman
Wonder Woman first appeared in the 8th issue of All Star Comics published October 21, 1941. She is a founding member of the Justice League and her official title is Princess Diana of Themyscira, an Island of the Amazonian women. Originally the character was sculpted out of clay by her mother and given life and superhuman powers by the Greek gods. More recently this has changed to her being a daughter of Zeus. Created by William Moulton Marston, Wonder Woman derived much inspiration from early feminists.