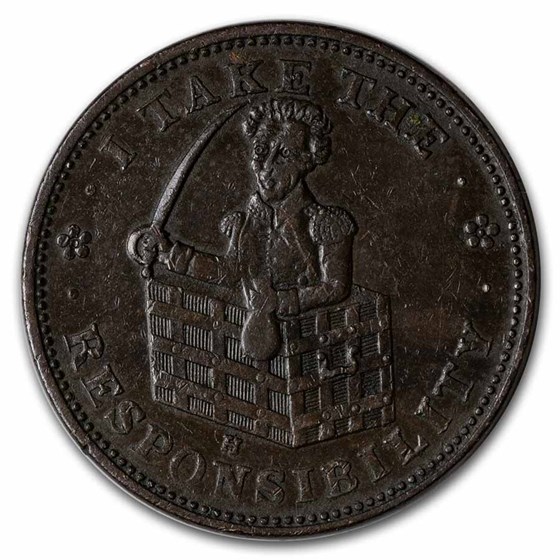 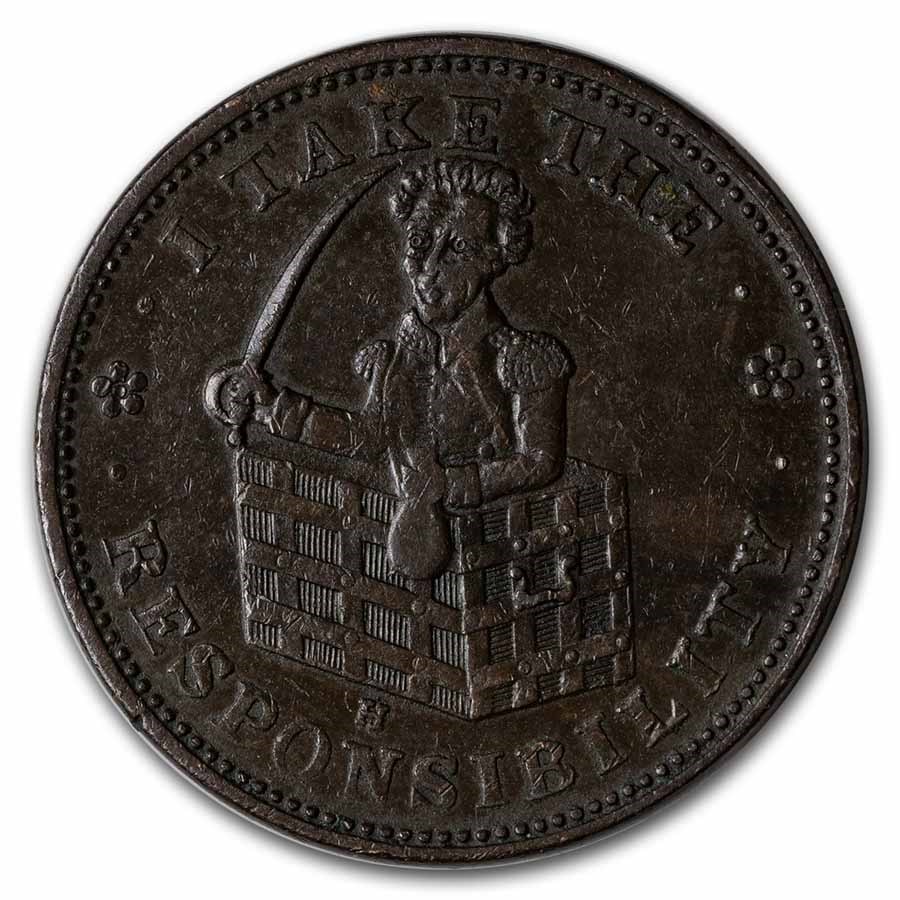 The product pictured is the exact product you will receive.
Product Details
Product Details
Struck in 1833 (token is undated) this Hard Times Token is a satirical critique of the government of the time.


Add this 'I Take The Responsibility' Hard Times Token to your cart today!

Obverse depicts President Andrew Jackson inside an empty chest - which alludes to his looting of the treasury. Reverse depicts President Jackson through the imagery of a donkey with an LL.D. on its side - which is a mockery of Jackson's honorary law degree received from Harvard in 1833, strongly disapproved of by alumnus John Quincy Adams, the Veto beneath the donkey is a reference to his stance against any legislation in favor of the Second Bank.

President Jackson took it as a primary focus to bring down the Second Bank of the United States - chartered in 1816 - because of the widespread fraud and corruption that began during the lax lending practices which facilitated the land boom, swelling to the economic bubble, which eventually triggered the Panic of 1819. The corruption continued into the 1830s when Jackson had determined the bank had be engaged in attempting to influence elections and deemed it an instrument of political corruption and a threat to American liberties. So in 1833 Jackson instructed his Secretary of the Treasury to deposit federal tax revenues into state banks instead of the Second Bank of the United States - cutting off one of the banks major sources of revenue.

The Albany Argus from October 1, 1842 said "The liberties of the country were alarmingly threatened under Mr. Van Buren's administration by a union of the purse with the sword in the same hands."

This Hard Times Token is an excellent addition to the collection of history lovers in general, and President Jackson and banking history fans specifically.