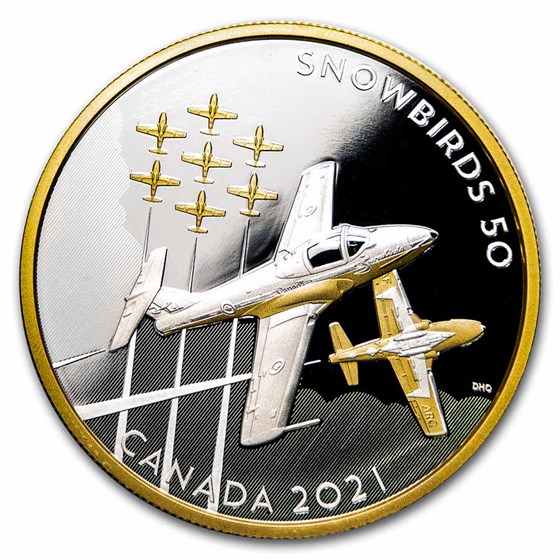 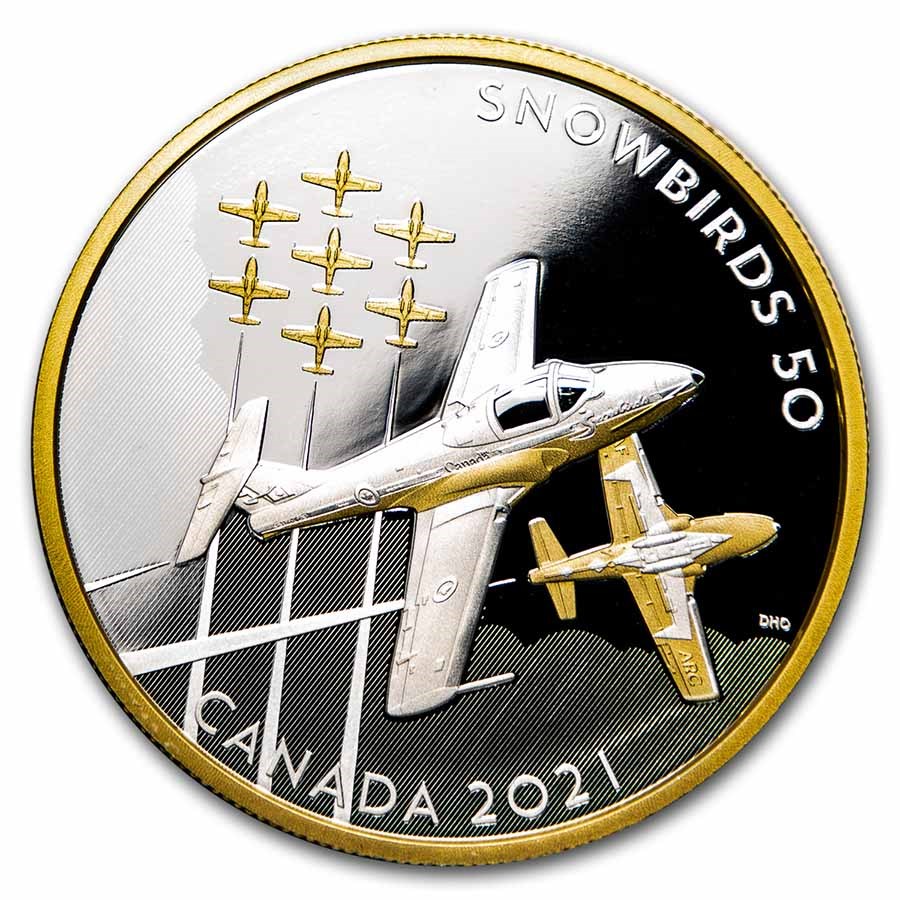 Your purchase will match the quality of the product shown.
Product Details
Product Details
The Royal Canadian Mint is honored to salute the Snowbirds as they celebrate their 50th anniversary in 2021.


This Snowbirds coin salutes a legacy of aerobatic team prowess that dates back over 90 years in Canada. Add this Silver $50 The Snowbirds: A Canadian Legacy coin to your cart today!

Formed in 1971 to demonstrate the skill, professionalism and teamwork inherent in the Canadian Forces, the Snowbirds carry on a proud tradition of aerial excellence that dates back to the early years of powered flight in Canada. Their eminent predecessors include aerobatic teams such as the Royal Canadian Air Force's (RCAF’s) first official aerobatic team in 1929, the Siskins, followed by many others including the Blue Devils, Sky Lancers, Red Knight, Golden Hawks and Golden Centennaires to name a few. In the post war years prior to unification in 1968, the Royal Canadian Navy (RCN) also formed several aerobatic teams including the Seafire Exhibition Flight and Grey Ghosts.

The true significance of the Snowbirds and the legacy they represent can be measured in the hearts and minds of the millions of Canadians who turn their heads skyward year after year to marvel at the team’s grace and precision as they weave their aerial magic across the nation. They continue to be proud ambassadors for the men and women serving in all branches of the Canadian Armed Forces while paying tribute to the thousands of personnel, both military and civilian, who have contributed to their overwhelming success and popularity across North America.