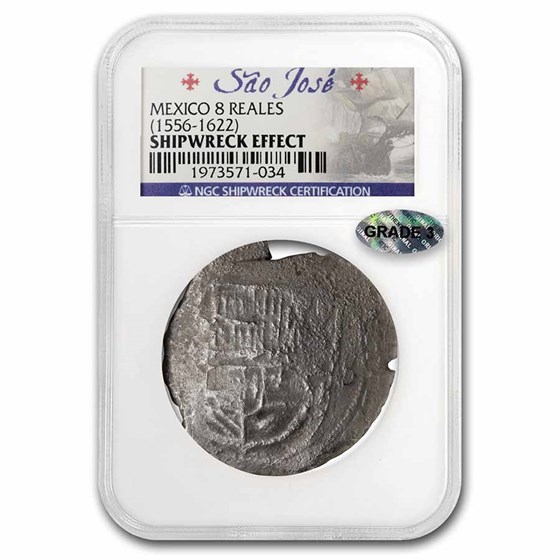 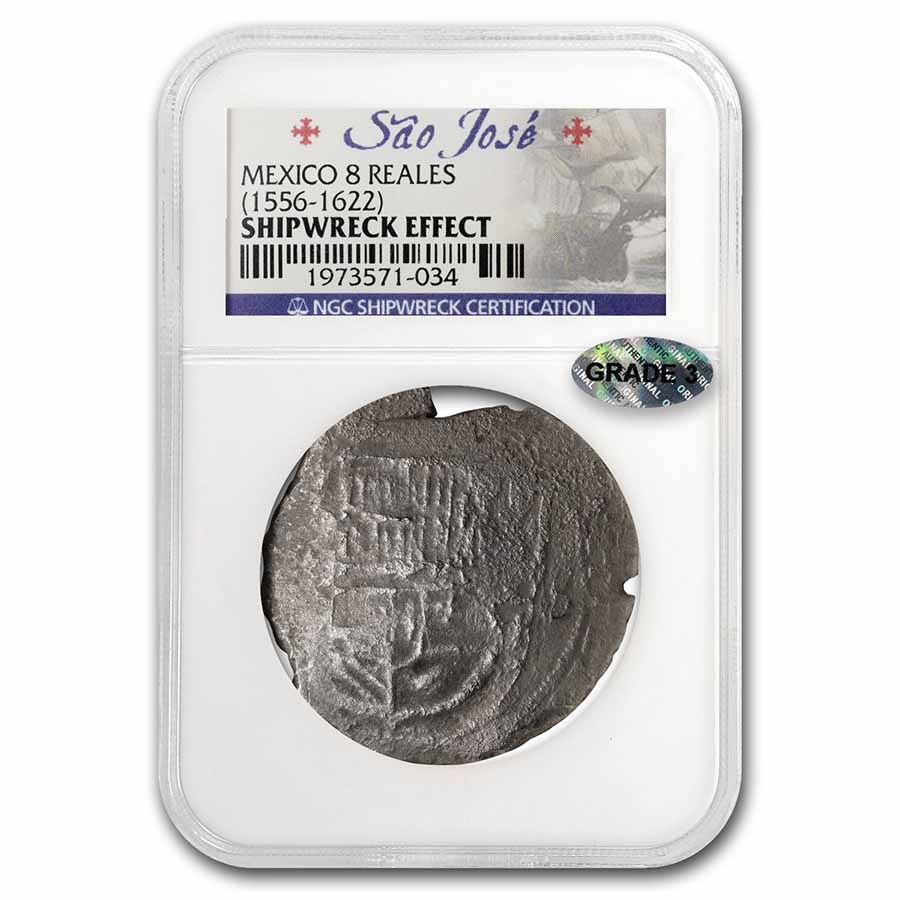 Add this genuine shipwreck coin to your cart today!

Bound for Goa, the Sao Jose was the almiranta of a fleet that left Lisbon in 1622 after learning of an impending British attack on the strategic island of Hormuz. The Sao Jose was carrying an impressive cargo - the legendary Silver treasure of Phillip III, King of Spain and Portugal, handed over to Francisco da Gama. The shipment included nine chests filled with thousands of Silver reales coins produced in the Old and New World mints of Mexico, Bolivia and Spain.

The Sao Jose met her demise on a reef off the Mozambique coast after being attached by a combination of Dutch and British fleet. A reported 66,000 Spanish reales were taken by the enemy, a small share of the total treasure aboard the ship, lost with some 300 - 400 passengers and crew as the vessel broke up and sank. After almost 400 years, the Sao Jose was discovered. The shipwreck yielded a rare treasure, representing an exceptional collection of coins from Old and New world mints - the stunning remains of royal treasure once bound for India.