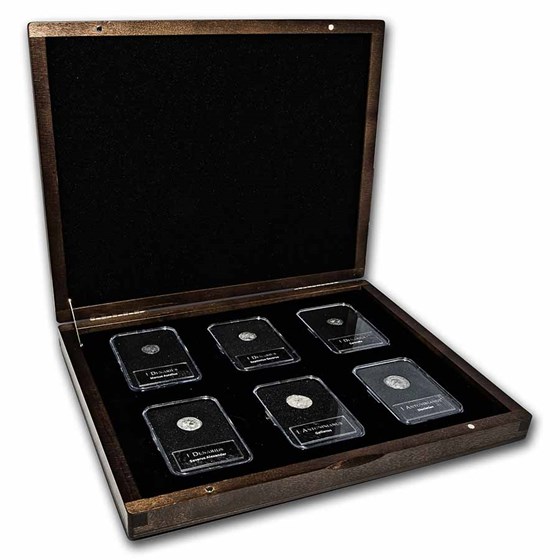 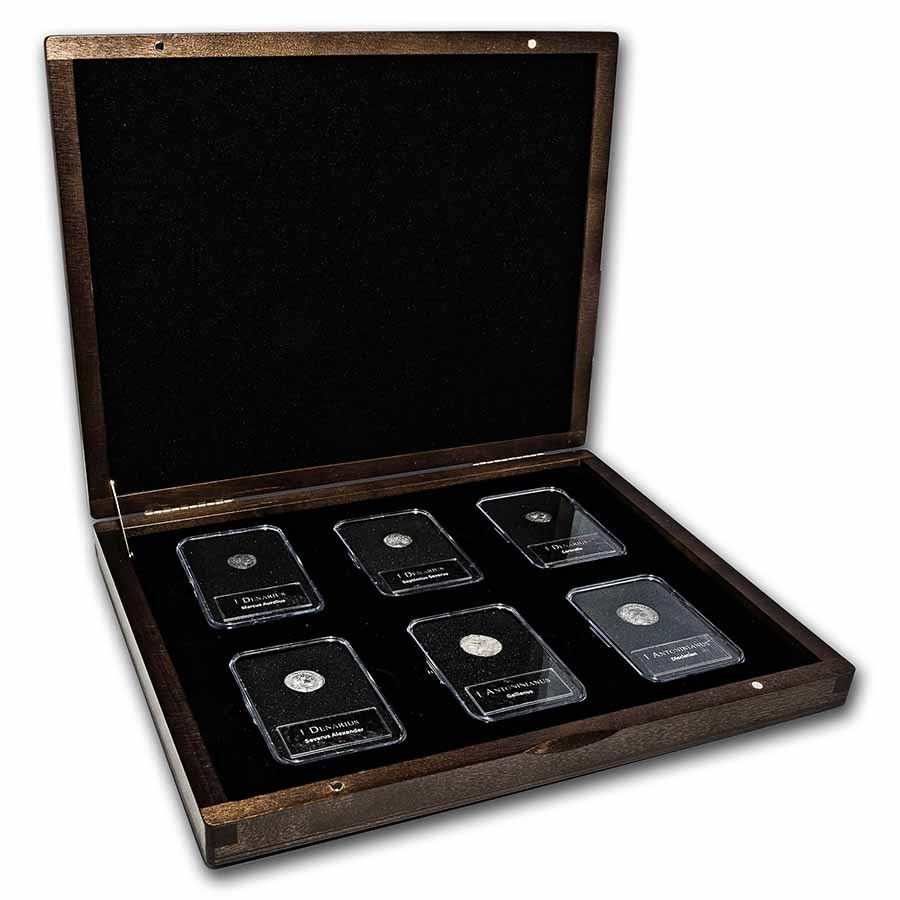 Product Details
Product Details
As the saying goes, Rome wasn't built in a day. Included in this set are six Ancient Silver coins from different Emperors who built some of the most well known buildings in Rome, some of which are still visible to this day.

Protect your coins from fingerprints by adding these cotton gloves to your order today.

Add this Builders of Rome coin set to your collection today!