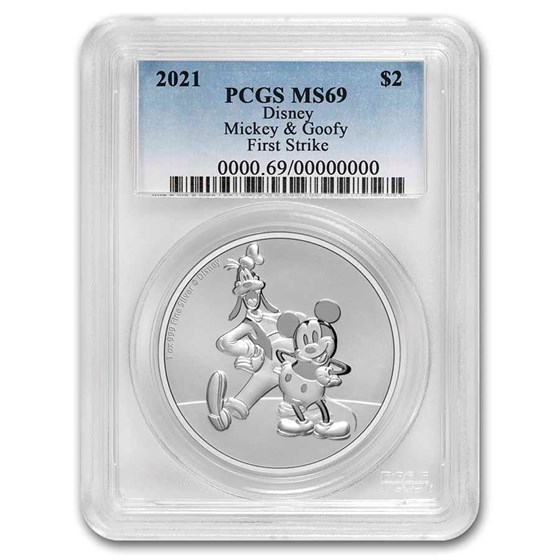 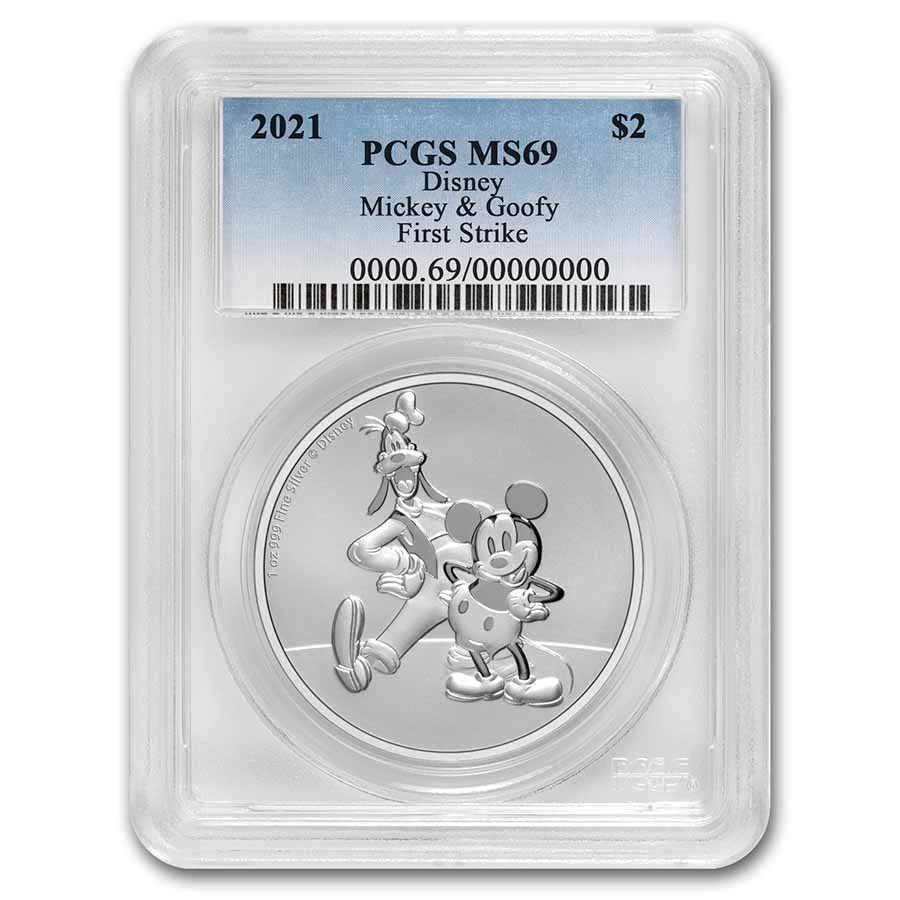 Product Details
Product Details
This stunning .999 fine Silver coin celebrates the friendship of Mickey & Goofy in 1 oz of Silver. A limited number of 15,000 coins were minted, with far fewer attaining the near perfect mint state 69 grade with First Strike designation from PCGS.

Coin Highlights:
Protect and preserve your graded Silver Mickey & Goofy coin in style by adding a gift box to your order.

Disney and Goofy
Goofy first appeared in 1932 as Dippy Dawg in the cartoon short Mickey's Revue. Originally appearing older than he does today, Goofy was later redesigned by Disney to his present form where he made frequent excursions with his two pals Mickey Mouse and Donald Duck. Originally voiced by Pinto Colvig, Goofy's clumsy mannerisms and iconic "ah-hyuck!" were said to have been influenced by a "ginny, half-backed village nitwit" that Colvig knew from Jacksonville, Oregon, his hometown.