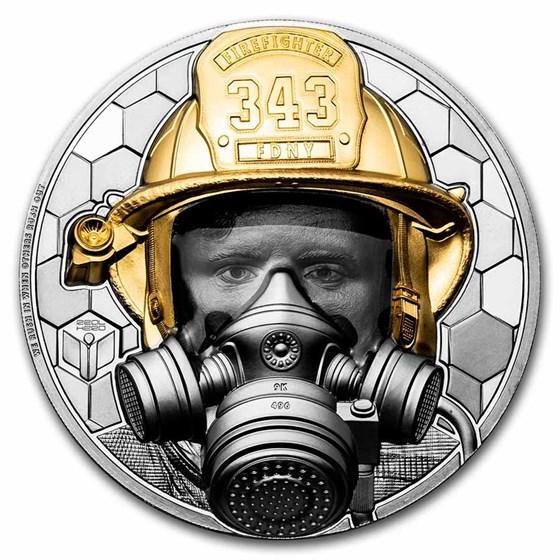 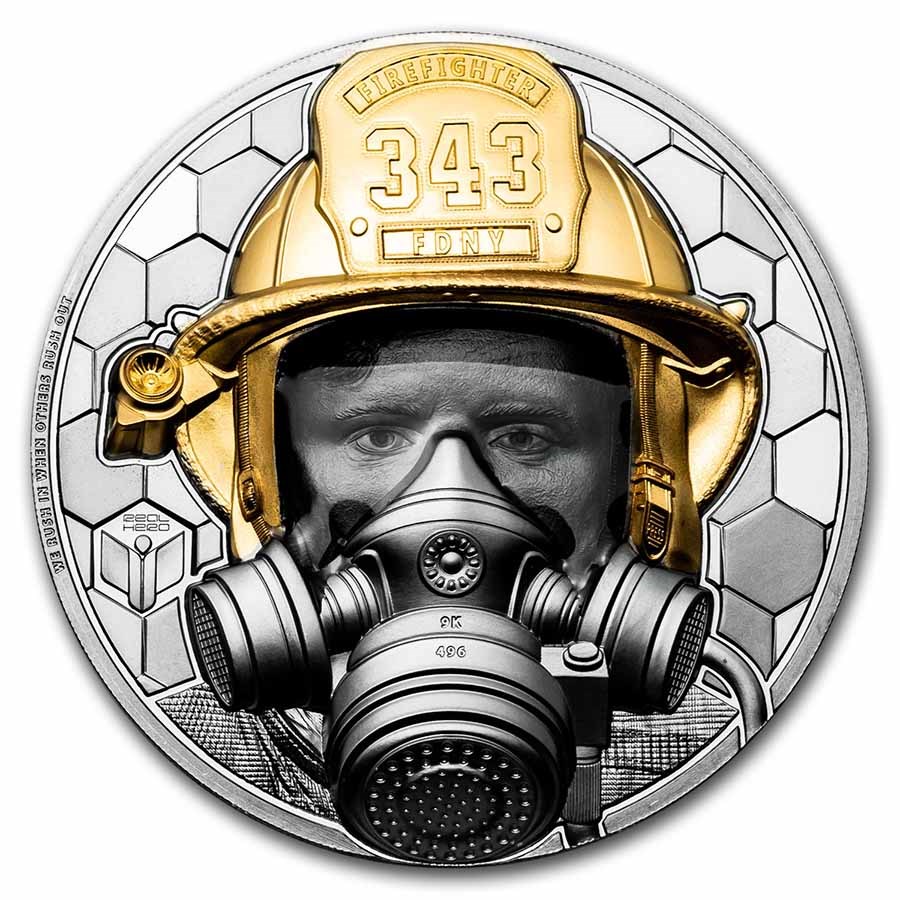 Your purchase is guaranteed to match the quality of the product shown. It will not be this exact item.
Product Details
Product Details
This amazing black proof has a limited mintage of only 29 pieces. This coin is a part of the second release in the "Real Heroes" series, paying tribute to not only the brave firefighters of 9/11 but all firefighters who we count on to keep us safe.

With only 29 coins available, this will be a prized possession. Add this unique numismatic Gold coin to your cart today!