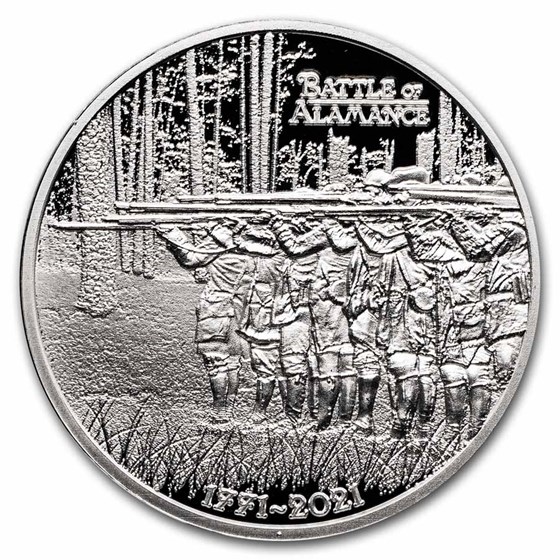 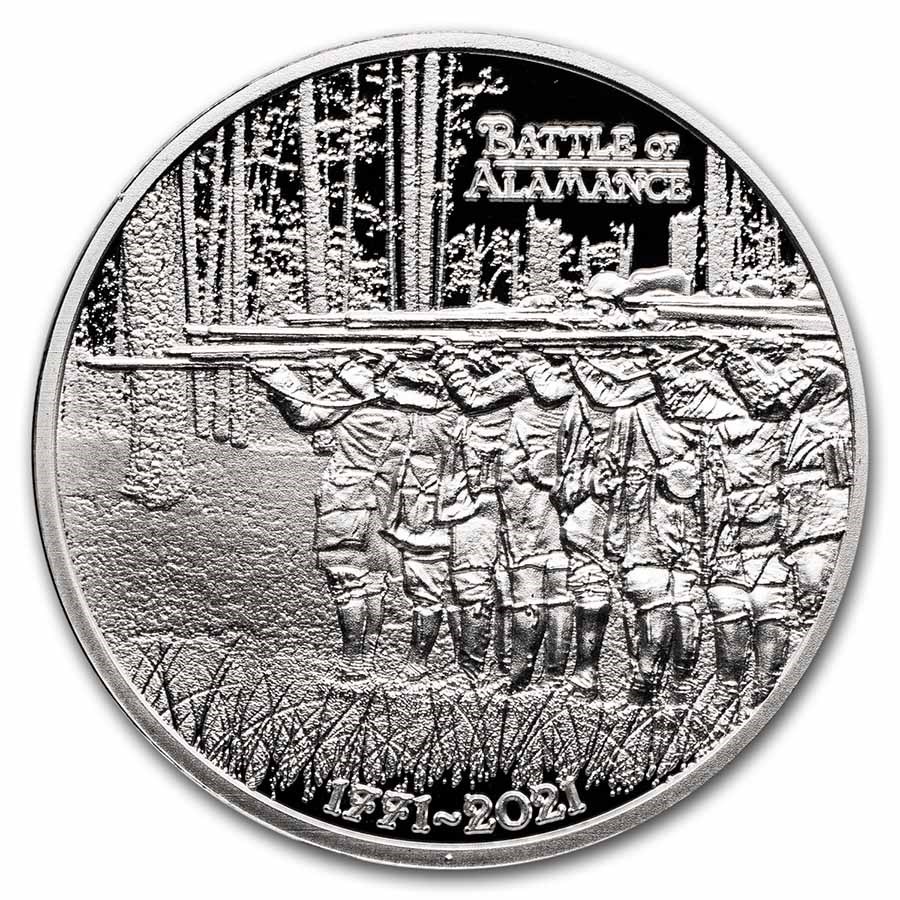 Product Details
Product Details
The second coin in this exciting series celebrates the 250th anniversary of key events of the American Revolution. This 2 oz Silver coin depicts a famous image depicting the Battle of Alamance.

Add this remarkable coin and those that follow, recognizing the famous images that marked an incredible era in our nation's history. Add this 1 oz American Revolution Battle of Alamance coin to your cart today!