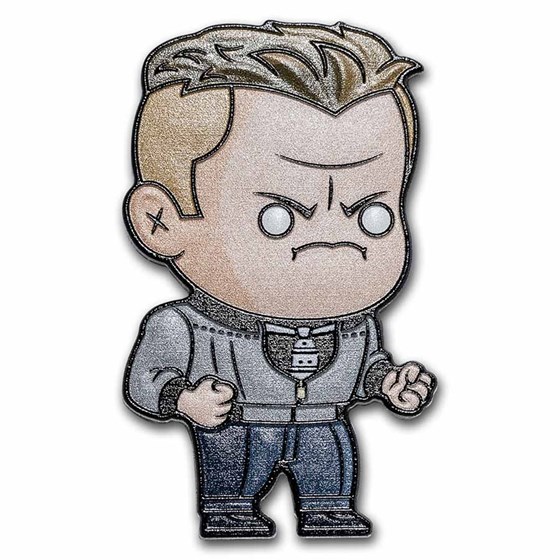 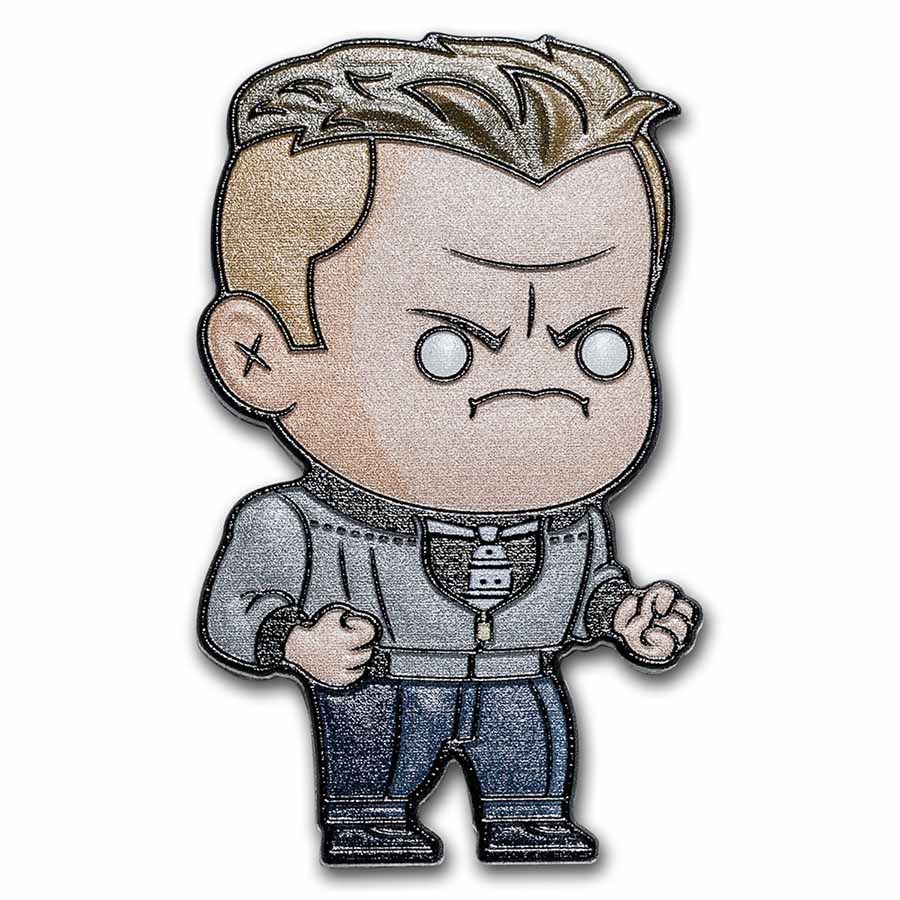 Product Details
Product Details
An angry Biff Tannen makes for one of the most iconic movie bullies. This unique 1 oz Silver coin appears in the shape and coloration of this classic character with a limited mintage of only 888.


Protect your Back to the Future: Biff Tannen Silver coins from fingerprints by adding these cotton gloves to your order today.

Add this 1 oz Silver Back to the Future: Biff Tannen coin to your cart today!

Back to the Future
Doc Brown, Marty McFly, Jennifer Parker and Biff Tannen are just some of the memorable characters from this 80s time travel classic. Robert Zemeckis and Bob Gale came up with the idea in 1980 while brainstorming for a hit to break a series of poor performances at the box office. Though Michael J. Fox is nearly synonymous with Marty McFly, he was originally unable to fill the role, and it was instead played by Eric Stoltz. Stolz would actually film for several weeks as the lead role before being replaced by Fox and having all of the previous filming re-shot. Back to the Future is a sci-fi adventure that is seen today as one of the greatest movies of all time!