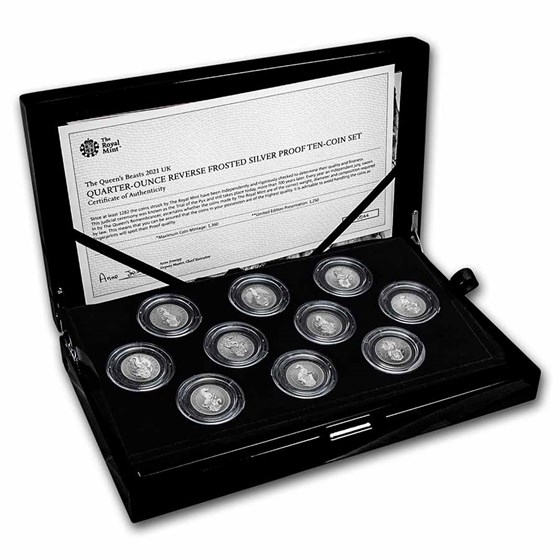 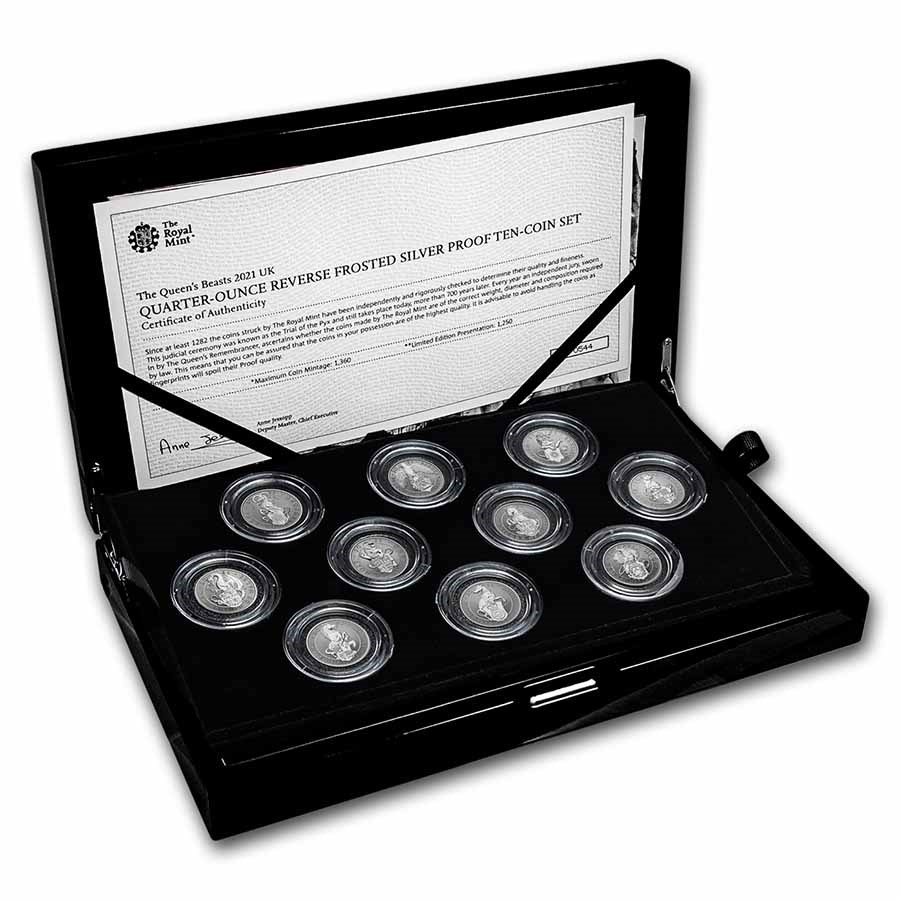 Product Details
Product Details
The Queen's Beasts series by The Royal Mint is returning one last time as a 10-coin 1/4 oz Silver set in a beautiful proof finish.

This low mintage set is a must-have for any Queen's Beast collector. Add this 2021 Proof 1/4 oz Silver 10-Coin set to your cart today!

The Queen's Beast Series
This 10-coin series was first introduced by The Royal Mint in 2016 with the introduction of the Lion in 1 oz .9999 fine Gold and 2 oz .9999 fine Silver. Since the first release, the series has been popular among investors & collectors alike, and has expanded to include bullion coins in 1 oz Platinum and 10 oz Silver, as well as Gold and Silver Proof releases in a variety of sizes. The reverse of each release celebrated one of the 10 famous beasts, and this set contains designs of all 10 beasts in a 1/4 oz size.