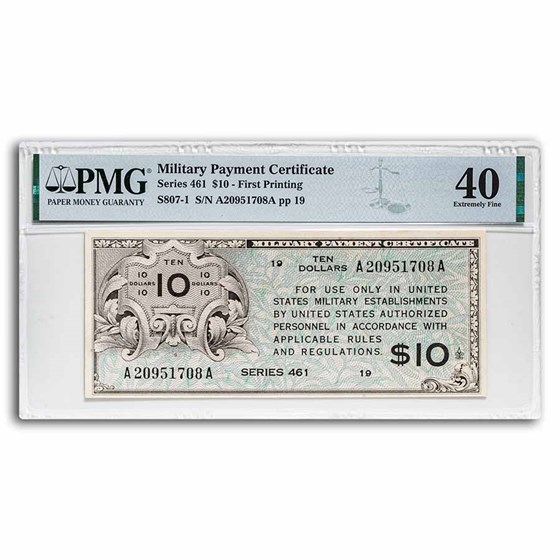 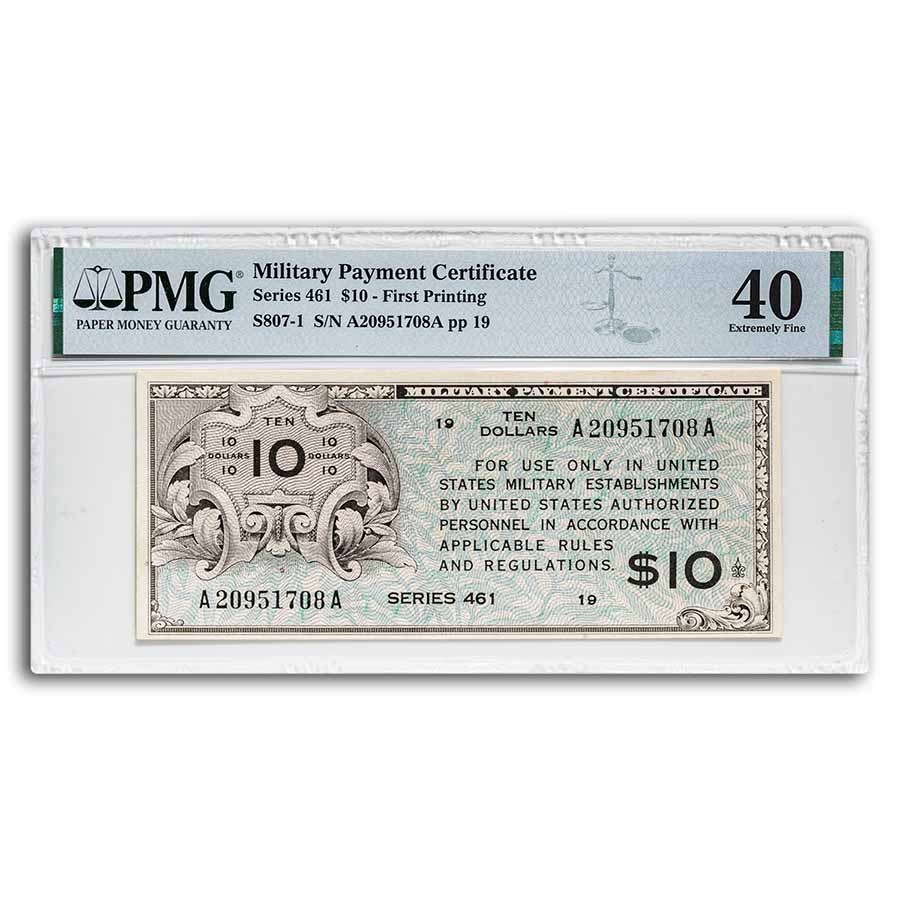 
Currency Highlights:
Add one of these MPC's to your cart today!

The Series 461 Military Payment Certificates were printed by Tudor Press Incorporated, Boston Massachusetts. Numbered and separated by the Bureau of Engraving and Printing.