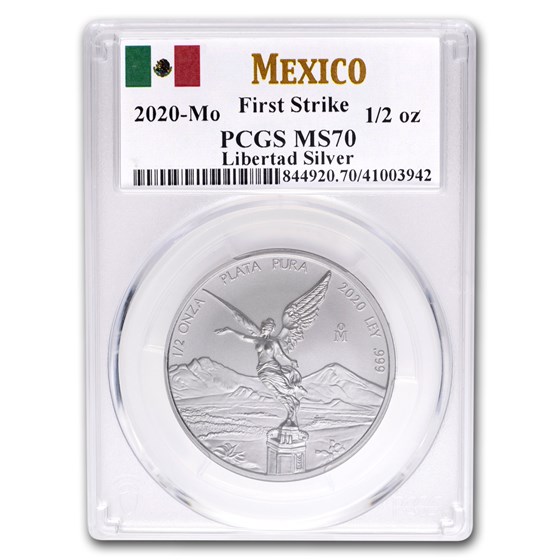 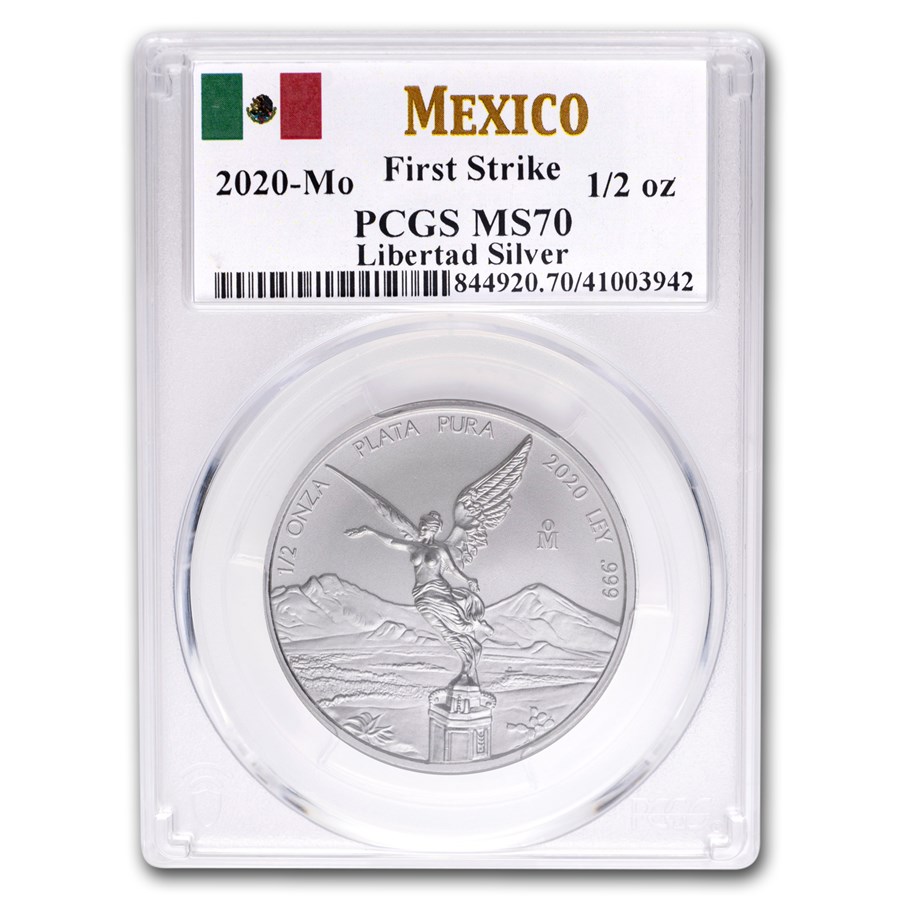 Coin Highlights:
Handle your 2020 1/2 oz Silver Libertad with care by adding these cotton gloves to your order.

This magnificent Brilliant Uncirculated 2020 1/2 oz Silver Libertad coin is a popular choice not only because of its attractive design, but also its mintage at Casa de Moneda de México, the oldest mint in North America. Add this 2019 1/2 oz Silver Mexican Libertad coin to your cart today!