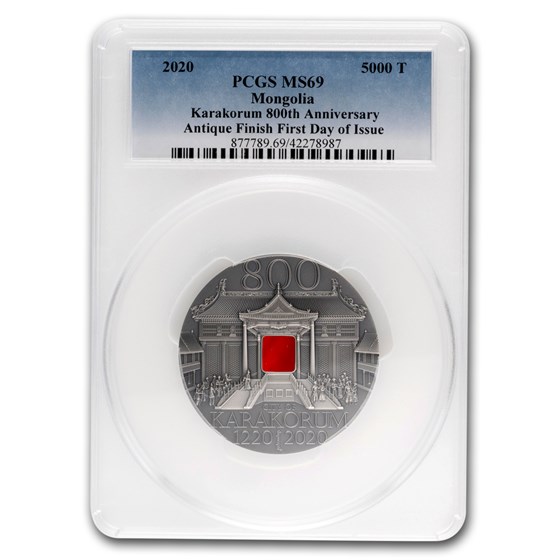 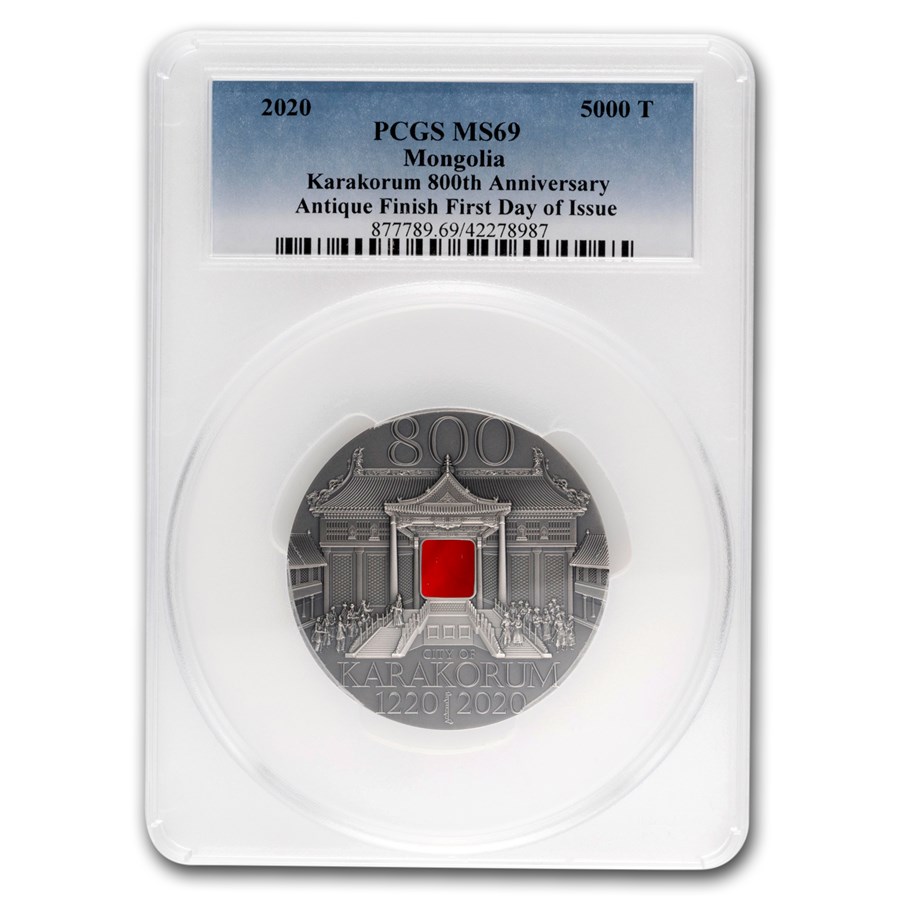 Your purchase will match the quality of the product shown.
Product Details
Product Details
This amazing coin commemorates the 800th anniversary of the City of Karakorum and is struck in high relief using enhanced Smartminting© technology. Limited mintage of only 800 coins! Sold Out at the Mint!

Karakorum
The city of Karakorum was the capital of the Mongol Empire between 1235 and 1260 AD. The year 1220 is regarded as the year the foundations were built, when Genghis Khan established his headquarters there to act as the base for the invasion of China. Therefore, the year 2020 marks the 800th anniversary of this legendary city. In the year 1235 walls around the city were built along with a large palace, many brick buildings, twelve shrines, two mosques, and the widely known stone tortoises.