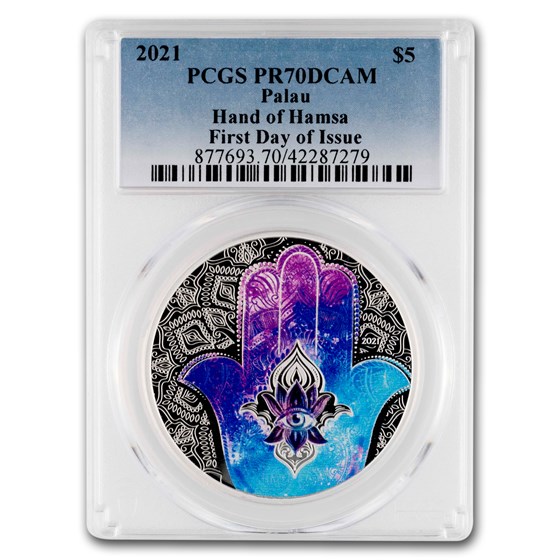 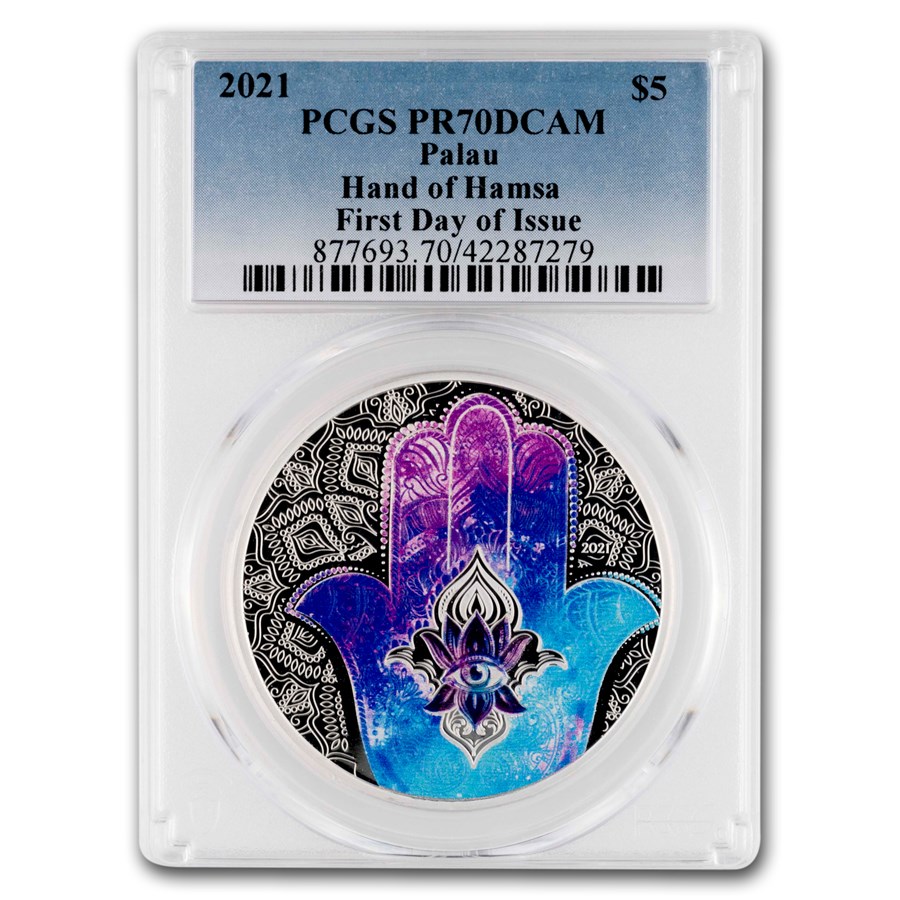 Product Details
Product Details
This stunning coin depicts the Hands of Hamsa, which are believed to be a protective charm and a symbol of luck and strength. Limited mintage of only 2,500.

Hurry to get your hands on this amazing coin depicting an ancient symbol that has served for generations as protection from negative energy. Add this 2021 Palau Proof Silver $5 Hands of Hamsa coin to your cart today!

Hands of Hamsa
This symbol of luck and strength is widely recognized in cultures and religions around the world. The word Hamsa has connections to the number 5, which represents protection, abundance, and strength, and is also symbolic of the balance between the mystic and spiritual realms. Hamsa Hands often include an eye symbol in the center of the palm, which is though to be a talisman against the "evil eye".