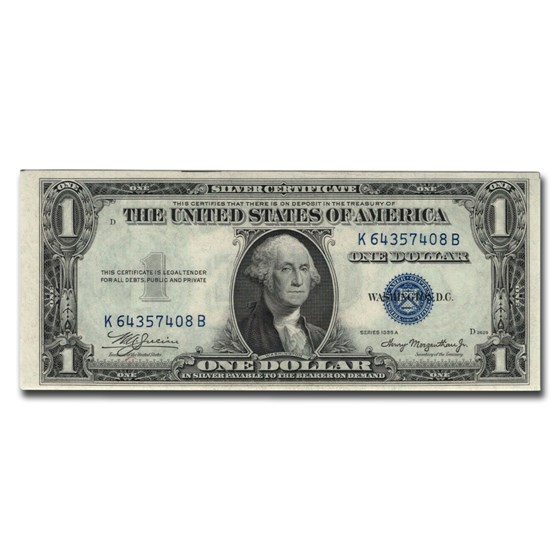 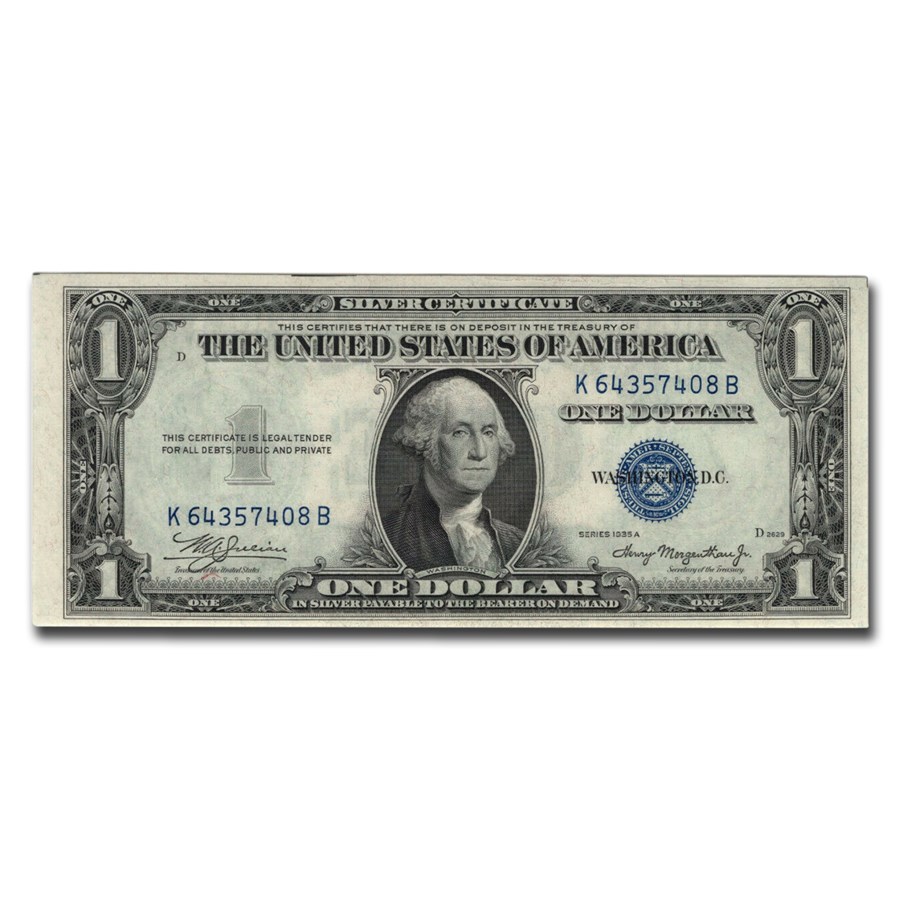 Product Details
Product Details
This Series of 1935-A $1 Silver Certificate note has been graded Gem Uncirculated-65 EPQ by PMG and would make an excellent addition to any collection.

Currency Highlights:
You can protect your newest investment against moisture during storage with these silica gel packets.

Although many of these series were printed in the billions, Crisp Uncirculated examples of these Silver Certificates are not easy to find. Add this great collector’s item to your cart today!

Silver Certificates are a type of representative money issued between 1878 and 1964 in the United States as part of its circulation of paper currency. They were produced in response to Silver agitation by citizens who were angered by the Fourth Coinage Act, which had effectively placed the United States on a Gold standard. The certificates were initially redeemable for their face value of Silver dollar coins and later (for one year – June 24, 1967 to June 24, 1968) in raw Silver bullion. Since 1968 they have been redeemable only in Federal Reserve Notes and are thus obsolete, but still valid legal tender and are still an accepted form of currency.