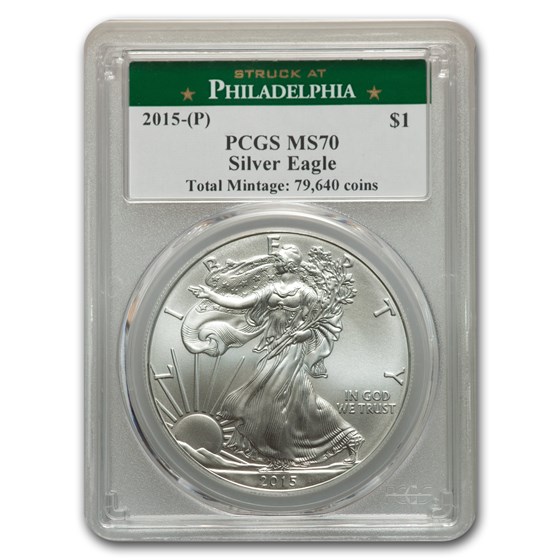 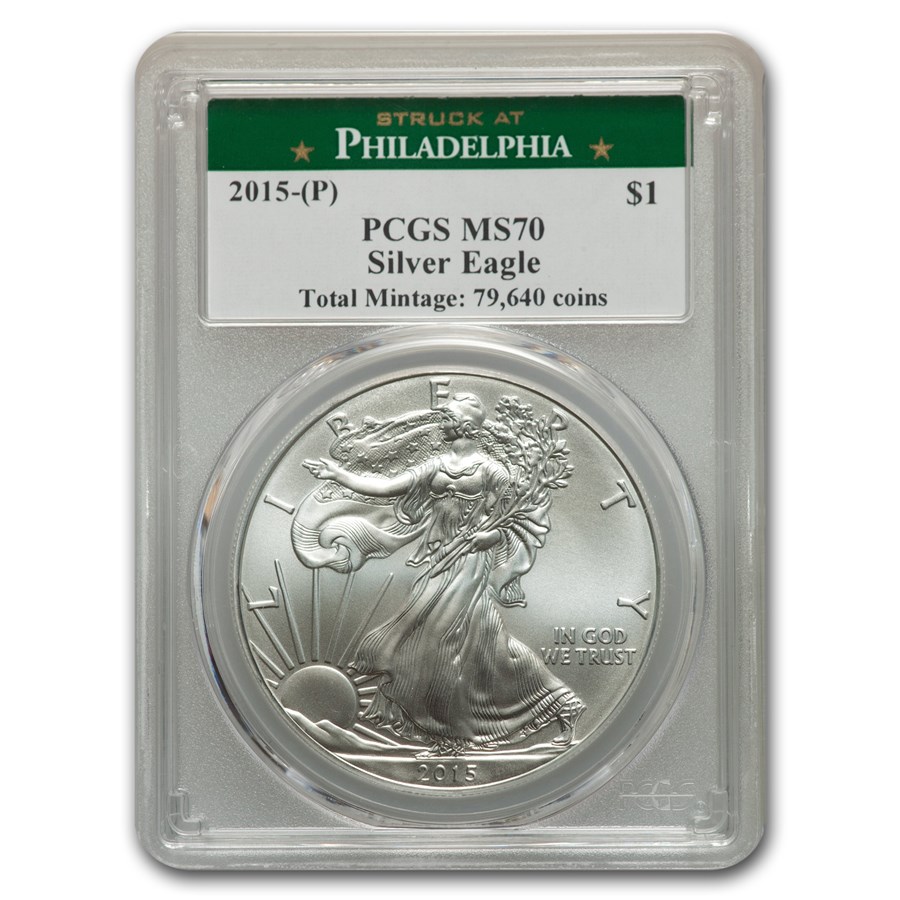 Your purchase will match the quality of the product shown.
Product Details
Product Details
Silver Eagles were recently discovered to have been minted at the Philadelphia Mint in very small quantities since 2015. These coins, only identifiable from their sealed monster box, are certified as being among the few coins to come from Philadelphia.

The 2015 (P) Silver Eagle brings the appeal of a low-mintage issue to the world's most popular Silver bullion coin. In comparison, the key date 1996 coin has a mintage of over three times as many coins! Don't miss the opportunity to add an MS-70 Philadelphia-minted 2015 Silver Eagle to your collection today!