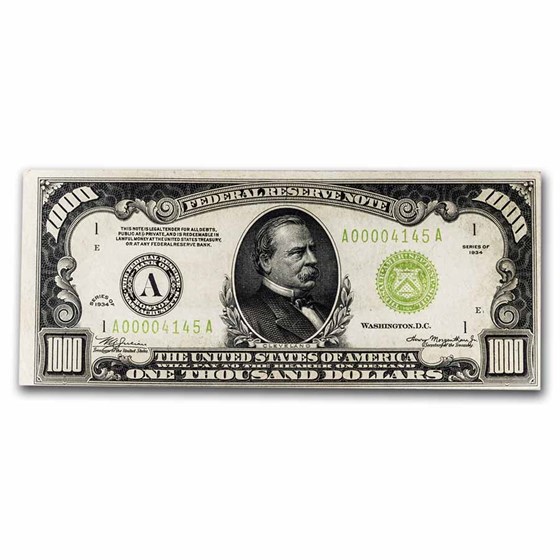 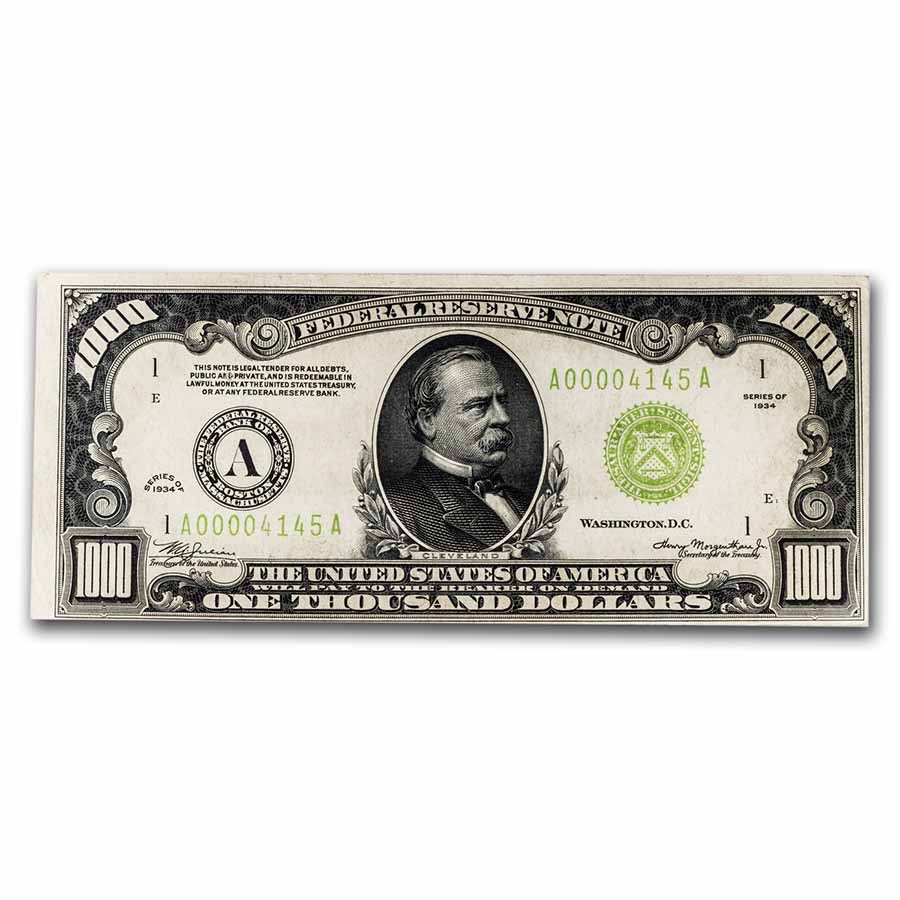 Product Details
Product Details
Well preserved grand note from a better district. This series 1934 $1000 FRN from the Boston district is an elusive issue with an original printing of 30,000 notes. Light Green Seal variety.