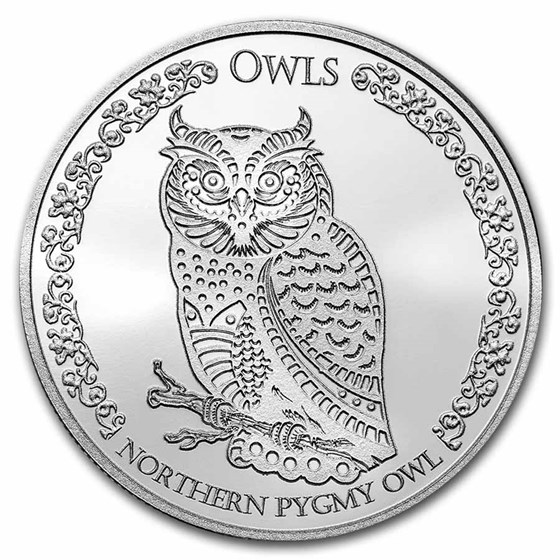 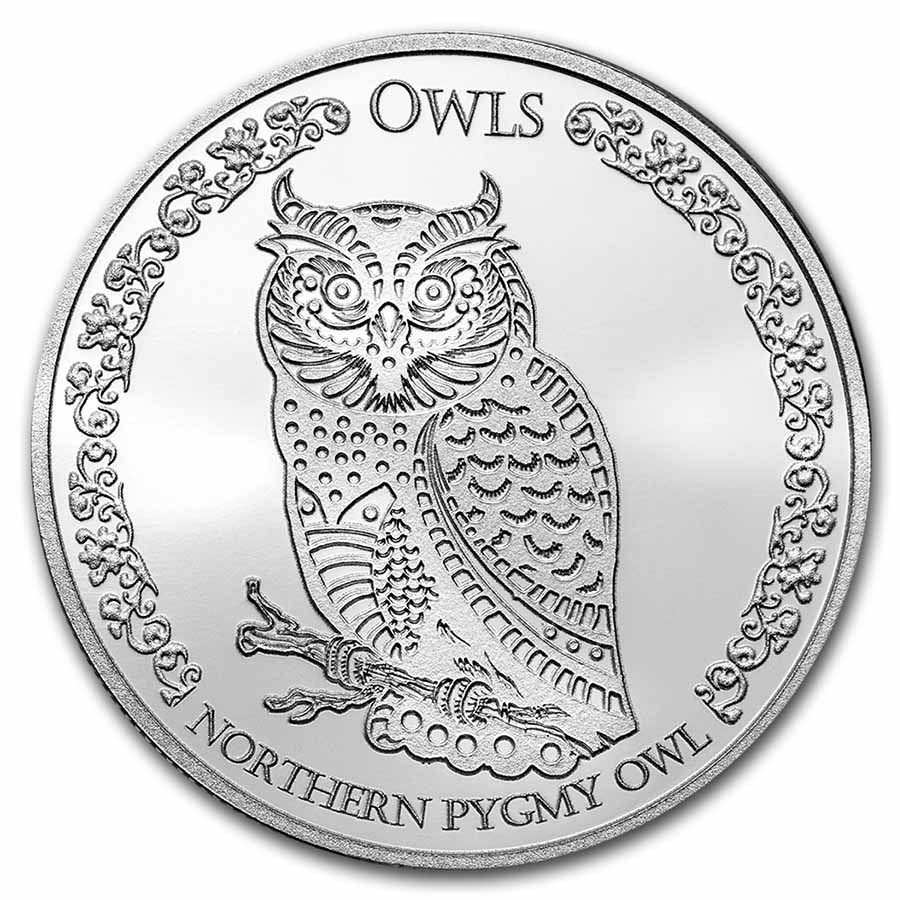 Product Details
Product Details
This APMEXclusive® has a limited mintage of 5,000 coins and is the second in the Owls Series. This 2021 1 oz Silver coin features a Northern Pygmy Owl.

Owls
The second coin in the series, Northern Pygmy Owl is common in the United States, Canada and Mexico. The Northern Pygmy is a one of the smaller species of owls but is a fierce hunter. They are mostly dark brown and white with long tails. They have smooth rounded heads with piercing yellow owls. The first coin in the series was the Great Horned Owl and was sold out immediately.