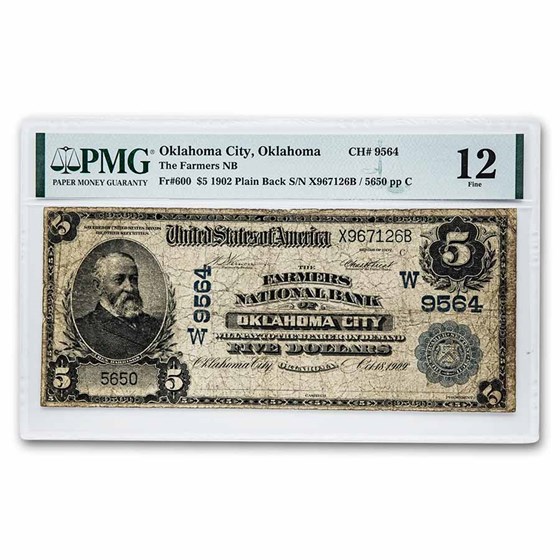 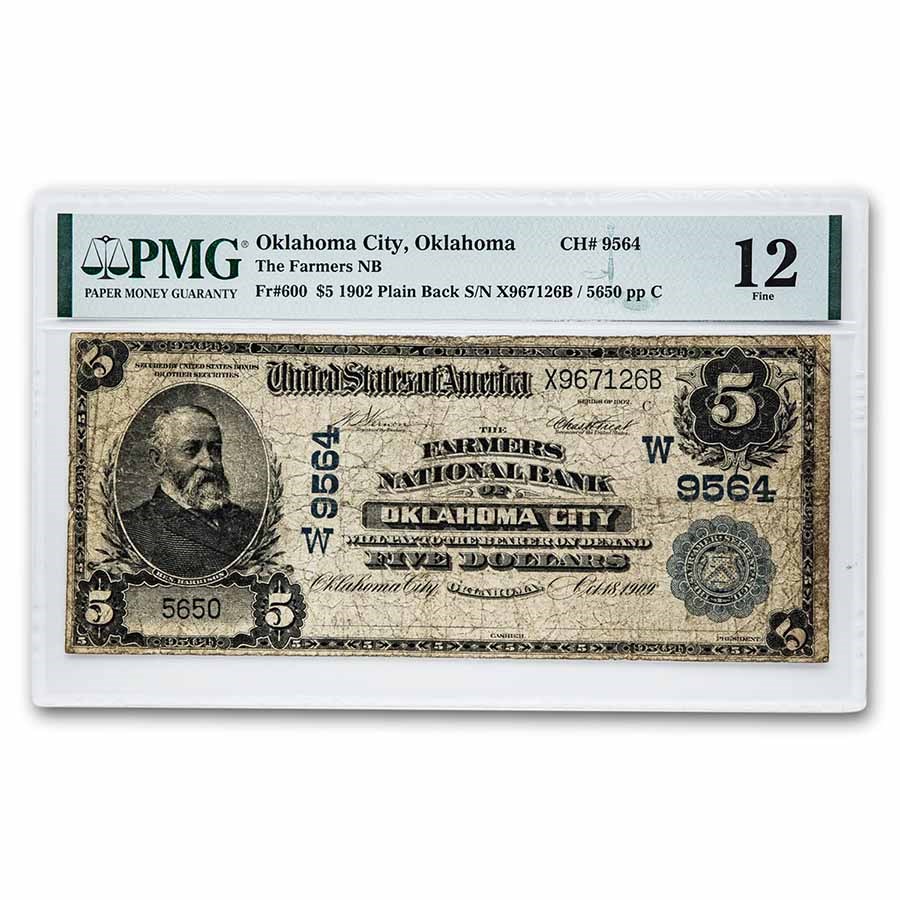 This note was the last series of national currency notes that were first issued in 1863. This type was conceived by Secretary of the Treasury Salmon P. Chase, who devised a system of nationally chartered banks. Individual banks purchased U.S. government bonds and deposited them with the comptroller of the currency. For up to 90% of the profit, the comptroller would authorize the production of notes bearing the individual bank’s name.

Since over 12,000 banks were chartered and issued notes, these issues have become highly sought after by collectors. This bank issued a bit over 90 million dollars under this charter, and closed in 1929.