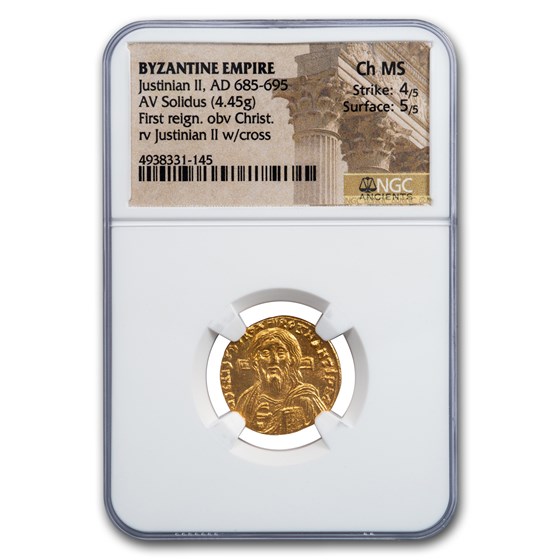 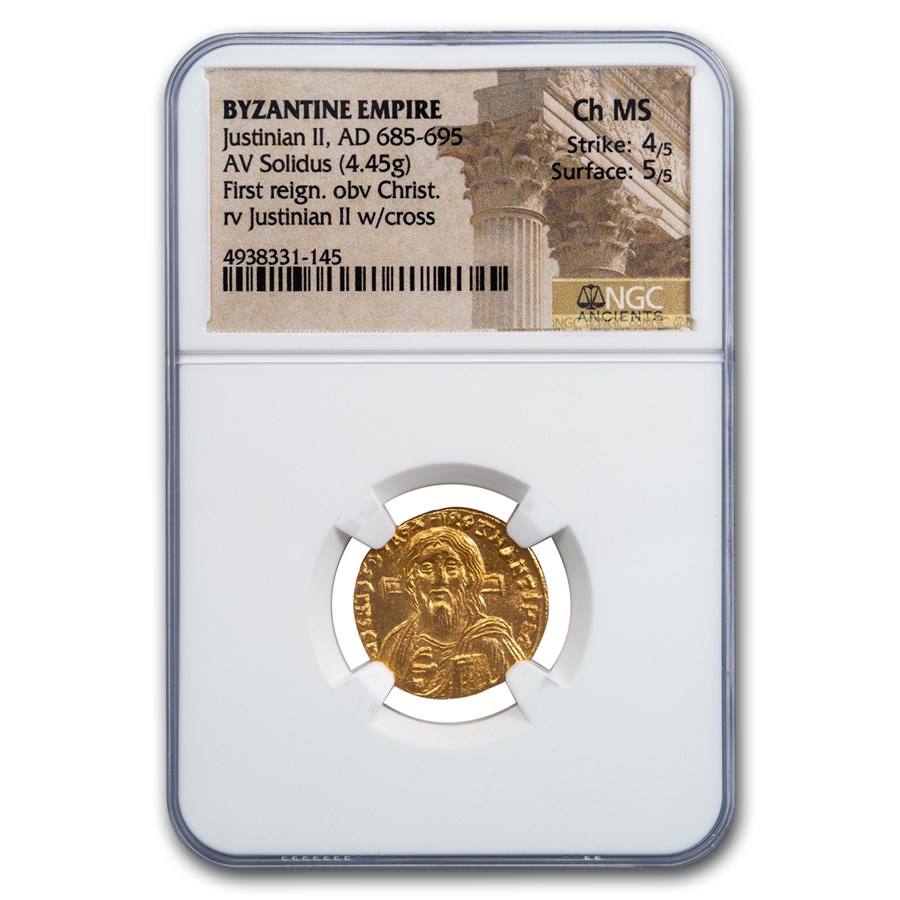 The product pictured is the exact product you will receive.
Product Details
Product Details
This coin was struck during the first reign of Justinian II, a pious emperor with dreams of restoring the Roman Empire. Justinian II removed the emperors portrait from the front of circulating Gold, instead displaying a portrait of Christ in modesty.

Beyond Justinian II's piety, he is remembered for using increasingly harsh measures to put down insurrections which would lead to his deposition. Justinian II would reign twice and feature two stylized portraits of Christ one of European influence and one that uniquely portrays Christ in levantine appearance. The extremely turbulent nature of Justinian II's reign produced some of the most artistic coinage of Byzantine rule and this example is no exception.