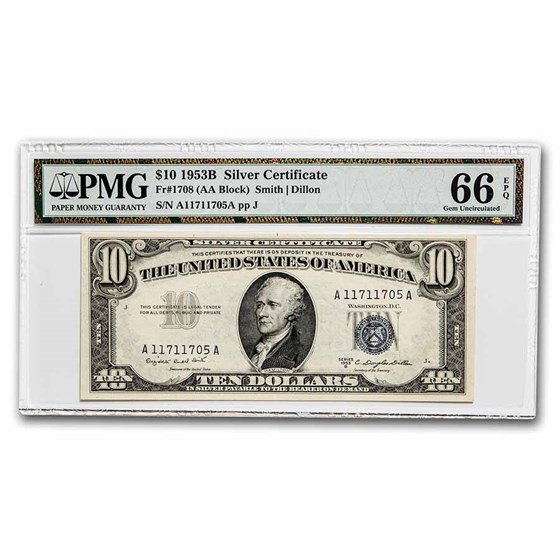 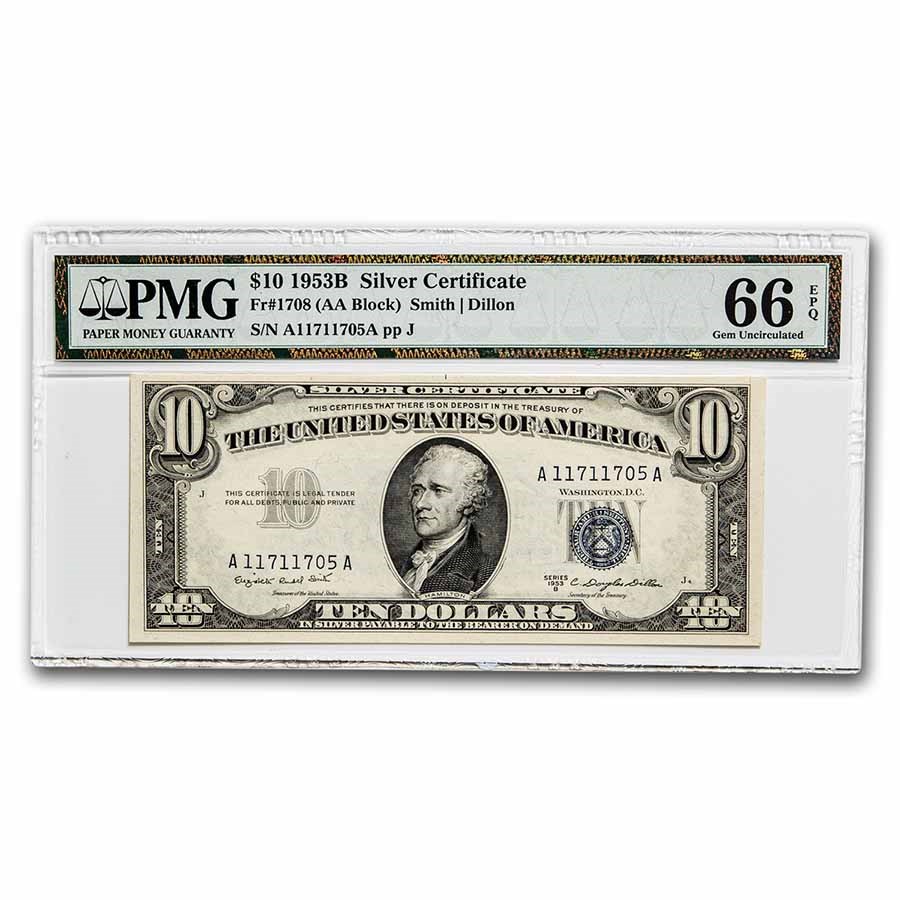 Product Details
Product Details
Only 720,000 of these were printed making them much more elusive than their 1934 counterparts. This note would be a nice centerpiece to a Silver Certificate type set! Graded Gem Uncirculated-66 EPQ by PMG.

Silver Certificates were adopted for circulation in this denomination beginning in 1886. The $10 denomination remained when we switched over to small size notes in 1928 and the first of this denomination was issued in 1934. This type could be encountered until the 1960s when it was replaced in by the $10 Federal Reserve Note.

Although they are still legal tender, their blue seals and serial numbers make them great collector items.