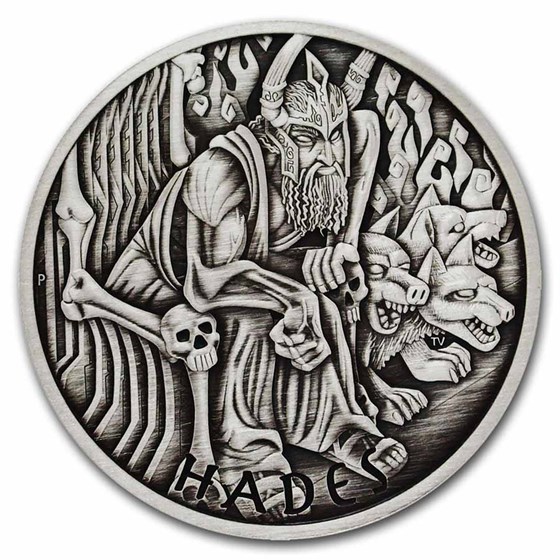 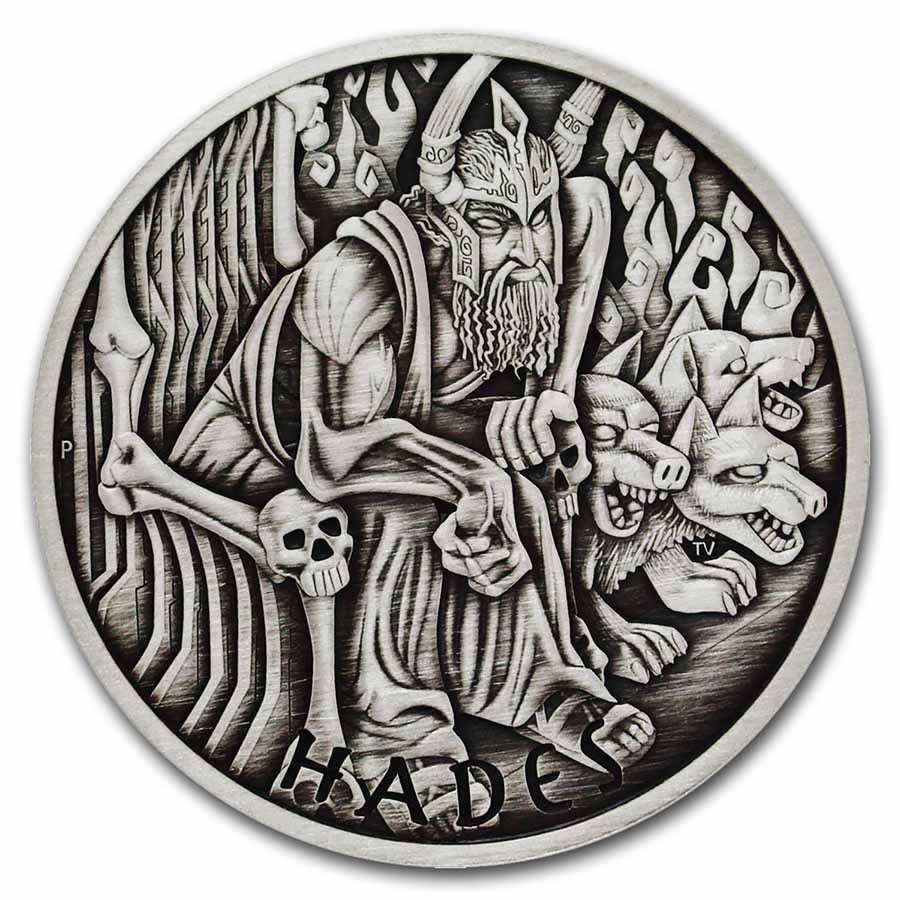 Gods Of Olympus Hades
Perth Mint's Gods of Olympus series continues with Hades, the Greek god of the underworld. This release follows the prior releases of Zeus, the Greek god of the sky, and Poseidon, the Greek god of the sea. Hades, son of the Titans, Cronus and Rhea, and brother to Zeus, Poseidon, Demeter, Hera, and Hestia, rules the underworld with his wife Persephone. Hades is typically shown wearing his helmet, with his three-headed dog Cerberus beside him. Hades is depicted with his invisibility helmet and three-headed dog on this Silver coin by The Perth Mint, struck in 1 ounce of .9999 fine Silver, with an antiqued finish.