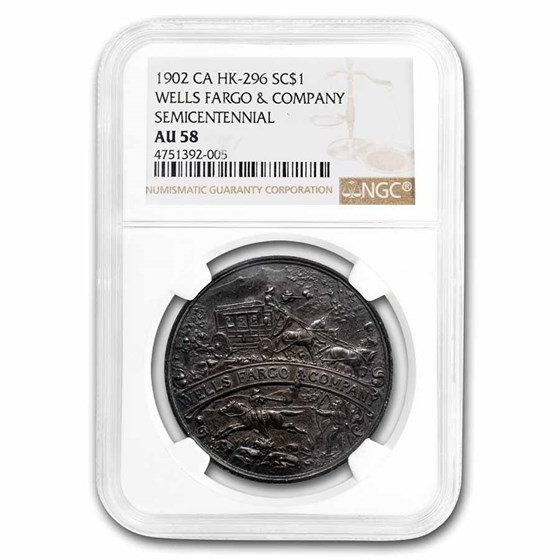 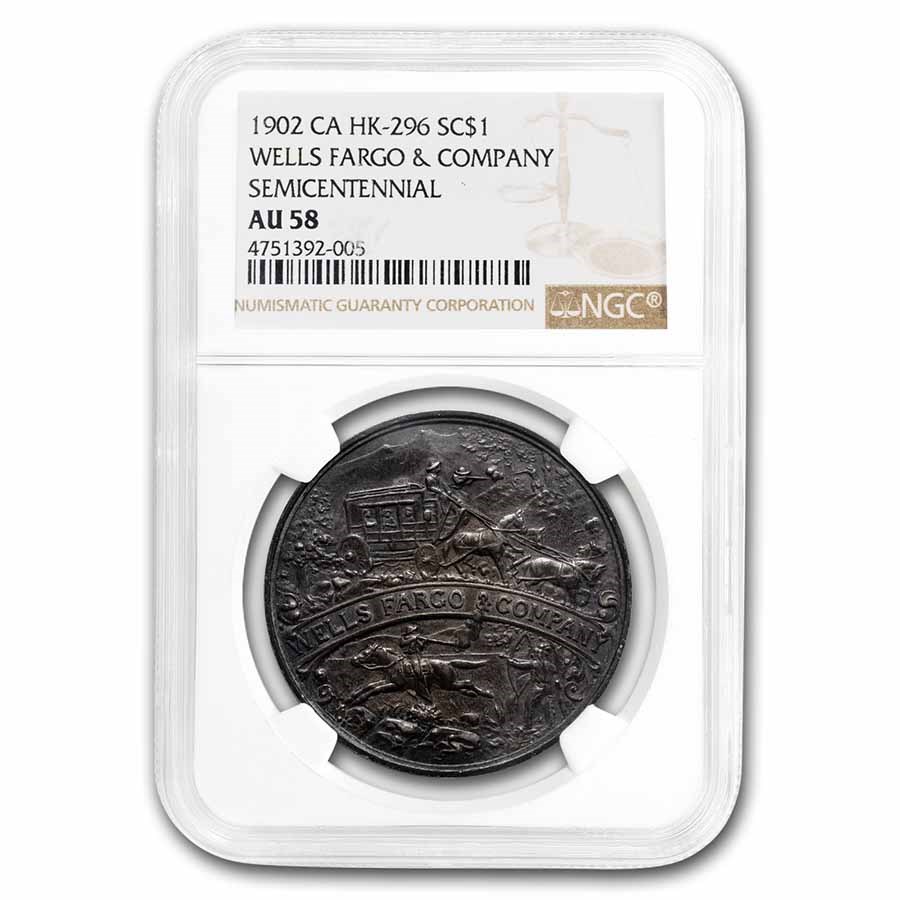 Your purchase will match the quality of the product shown.
Product Details
Product Details
So-Called Dollars are a broad term for medals and tokens struck to roughly the same specifications as a silver dollar. This pleasing example was struck for Wells Fargo's Semicentennial in 1902 for its employees.

Coin Highlights: Wells Fargo was an important figure in the old West for their handling of valuables such as gold across rugged or dangerous terrain. By 1880, the company had over 570 offices nationwide. In the early 1900s, the U.S. took over mailing services from private companies, leaving what Wells Fargo is today.

Showcase your certified Wells Fargo Semicentennial Dollar by adding a presentation box to your order.