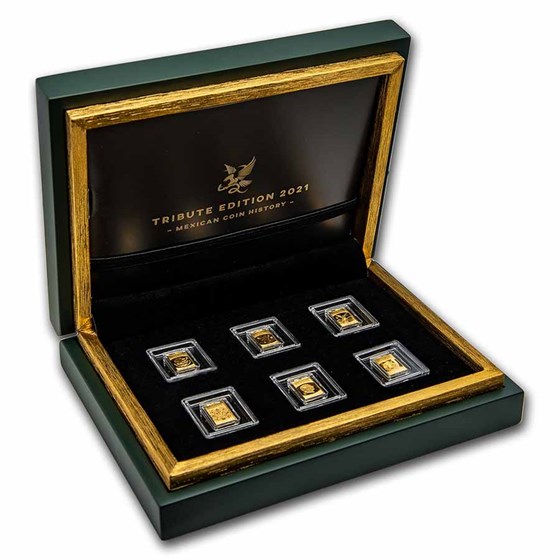 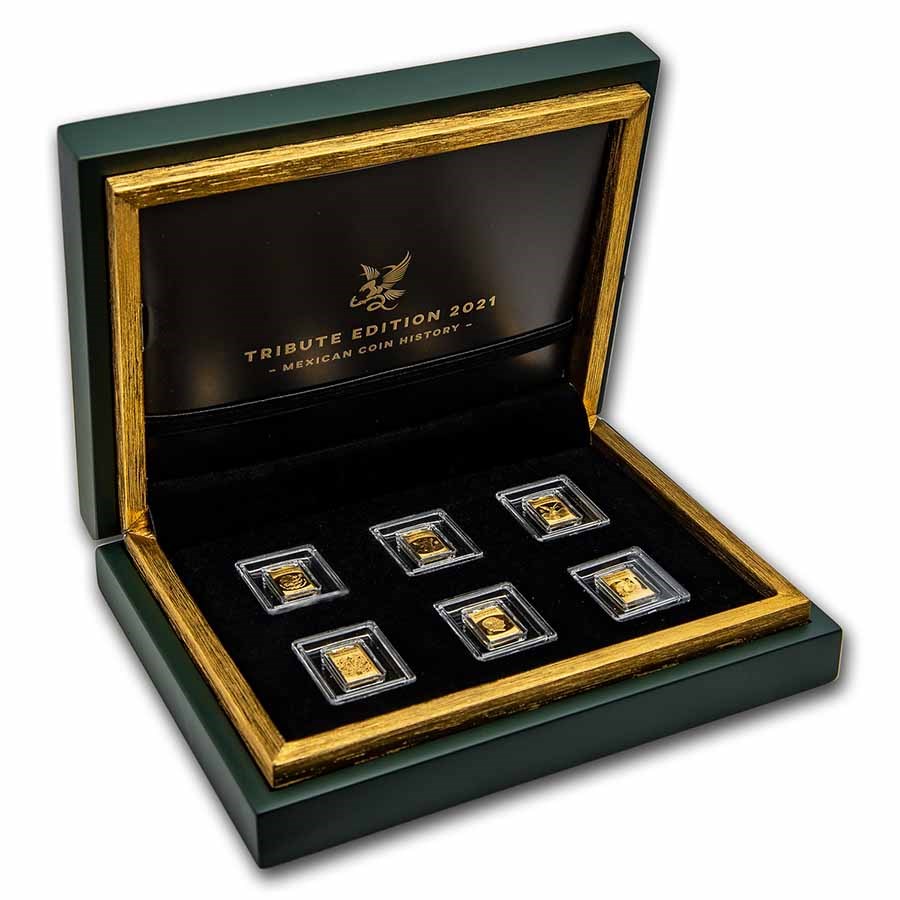 Add this historical coin set to your cart today!


Mexican Coin History
The “Casa de Moneda de México” first minted the renowned 50 pesos Centenario Gold coin in 1921, which was the centenary of Mexican independence from Spain. Its obverse depicts Libertad, the goddess of liberty, who today is the Mexican bullion motif and the symbol of Mexican independence. The reverse of the coin depicts an eagle with a snake, Mexico’s national coat of arms. The motifs for the gold coins with lower face values, such as the 20 pesos “Azteca” or the 10 pesos “Hildago” Gold coins memorialize Mexico’s turbulent history and the relentless struggle for freedom.

Solomon Islands
The country of issue, Solomon Islands, is comprised of six major islands and is located in Oceania, east of Papua New Guinea. Honiara is the capital with approximately 70,000 people. The population is approximately 555,000 and is predominantly Melanesian. Their local customs and traditions are still an important part of their life.