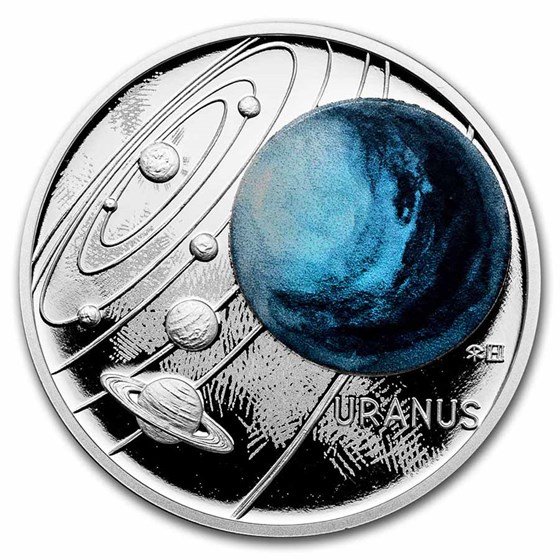 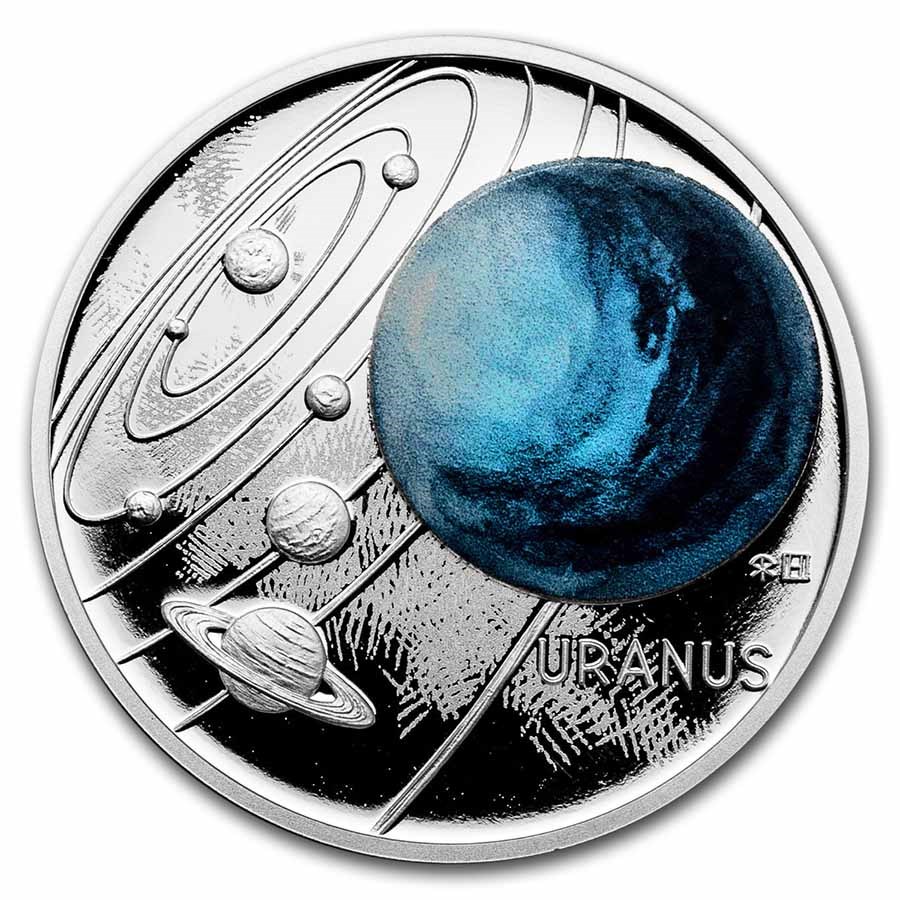 
Handle your 1 oz Silver Proof Solar System with care by adding these cotton gloves to your order.

Don't miss out on adding another planet to your collection. Add this Solar System Saturn coin to your cart today!

Uranus
This planet was discovered in the 18th century and until then it was mistaken for a star. It is known as the sideways planet because it rotates on its side where other planets rotate on their axis.