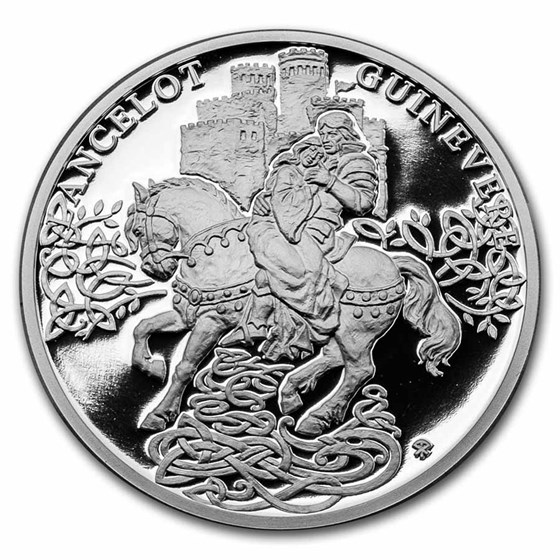 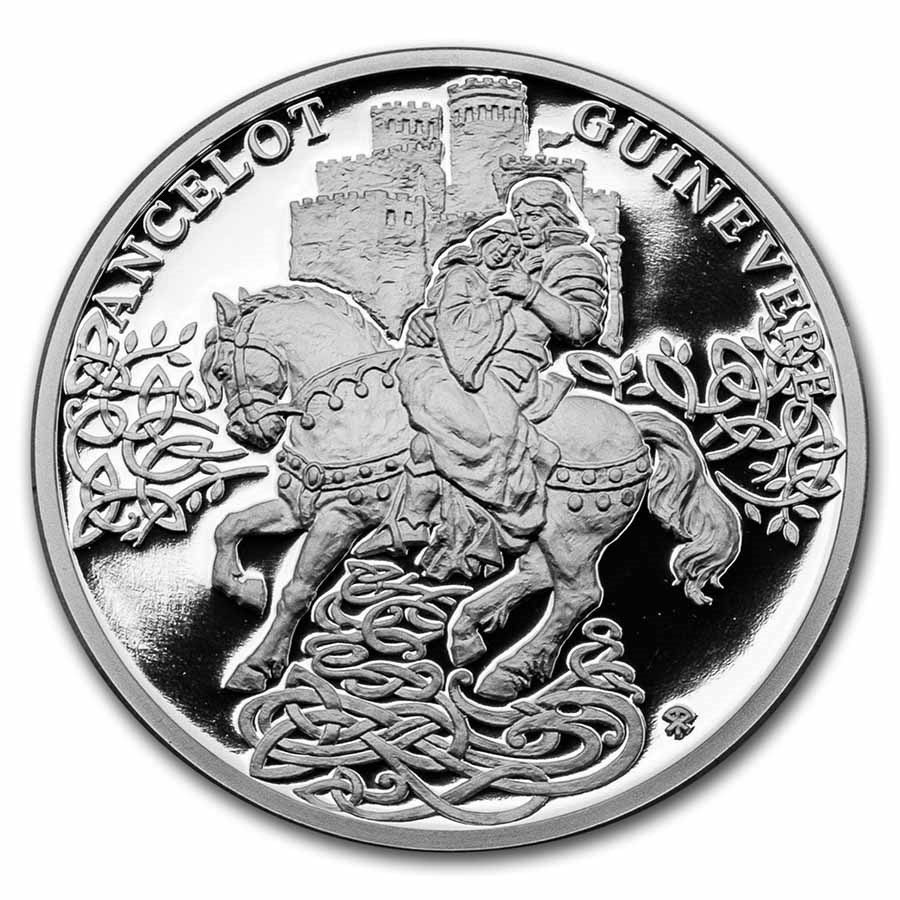 
Handle your 1 oz Silver King Arthur coin with care by adding these cotton gloves to your order.

The fateful love inspired this amazing coin. Add this Arthur and Guinevere Silver coin to your cart today!

King Arthur
The first task the king gave Lancelot was to bring him the sprightly Guinevere, who was Arthur's promised bride. The knight saw his future queen and he fell in love with her. They both were deeply devoted to Arthur but could no longer resist the love between them. When Arthur learned of their betrayal, he declared war on Lancelot. Taking advantage of the chaos, Mordred declared himself the new king of England and clashed with Arthur in a battle that cost them their lives.