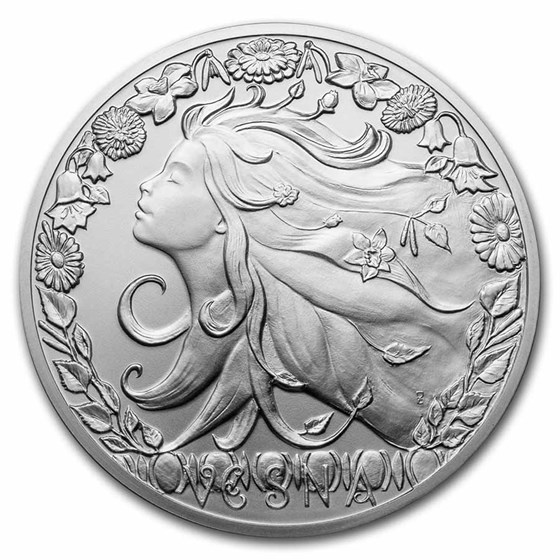 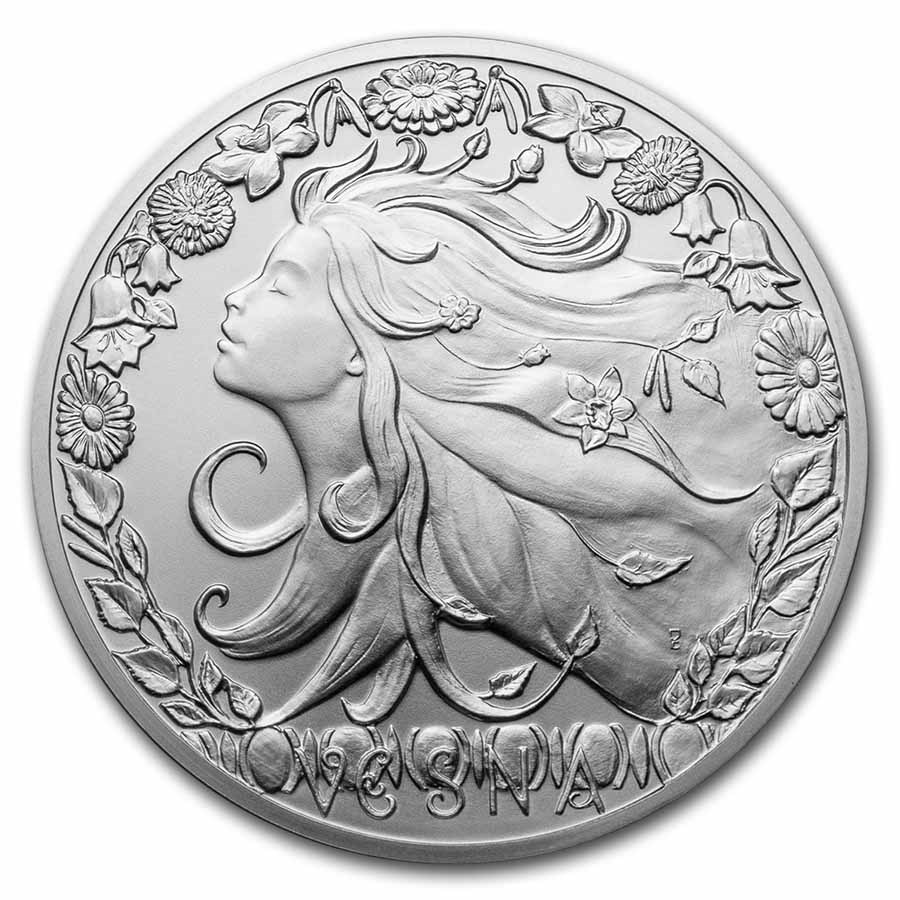 Handle your coins with care with these cotton gloves.

Add this 2021 Niue Silver Vesna coin to your cart today!

Vesna
According to the ancient Slavs, the personification of spring took the form of a lovely Vesna: an unfettered girl, cheerful and full of life, ethereal, with tousled hair, in a light dress. Vesna's arrival is announced by the first spring storm, which occurs when the supreme god Perun looks in her eyes and drops his thunder axe in amazement. The Slavs worshiped Vesna from the spring equinox to the summer solstice, not only through mysterious rituals in birch groves or wells, but also by simple dancing or flower wreaths.