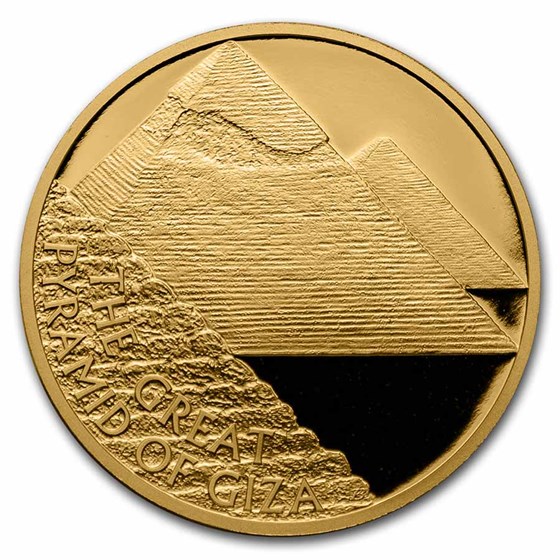 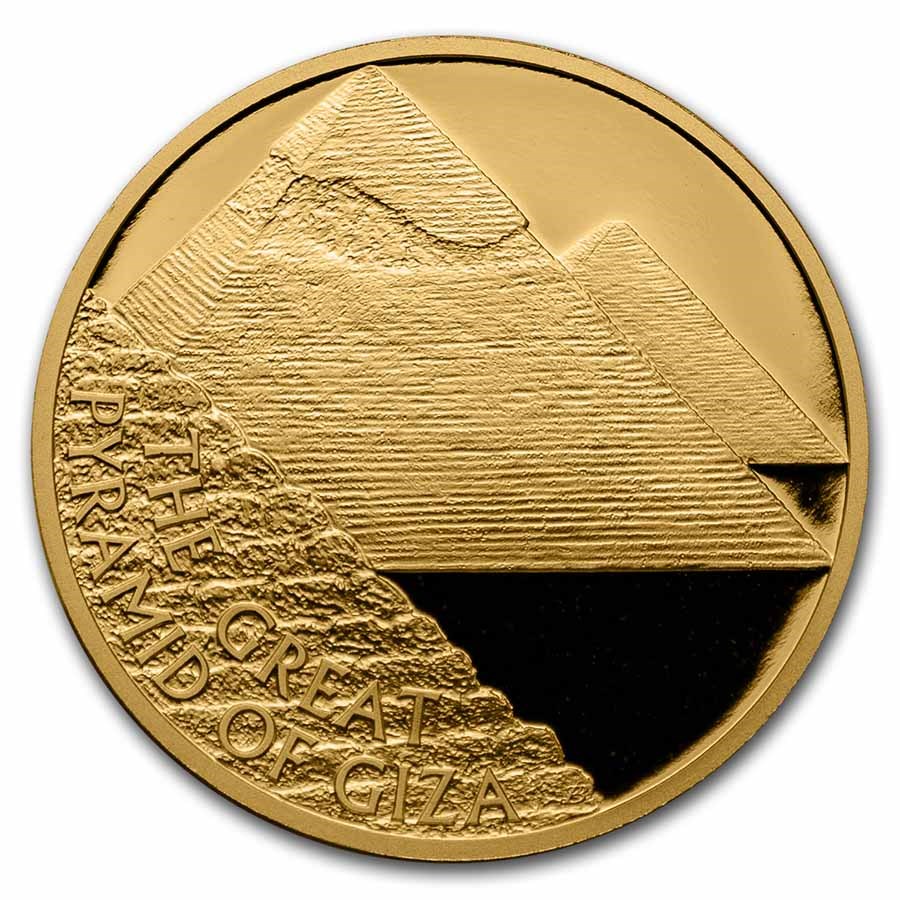 Your purchase is guaranteed to match the quality of the product shown. It will not be this exact item.
Product Details
Product Details
This Gold Proof coin is the first release in the Seven Wonders of the Ancient World series. It has a limited mintage of 200 coins worldwide.


Handle your 1 oz Gold Great Pyramid of Giza coin with care by adding these cotton gloves to your order.

Don't miss out on the first great coin from this series. Add this Seven Wonders of the World Gold coin to your cart today!

Seven Wonders of the Ancient World
All seven wonders are depicted on the obverse of the coin and feature architectural beauty. These constructions of classical antiquity list was given by various authors in guidebooks.