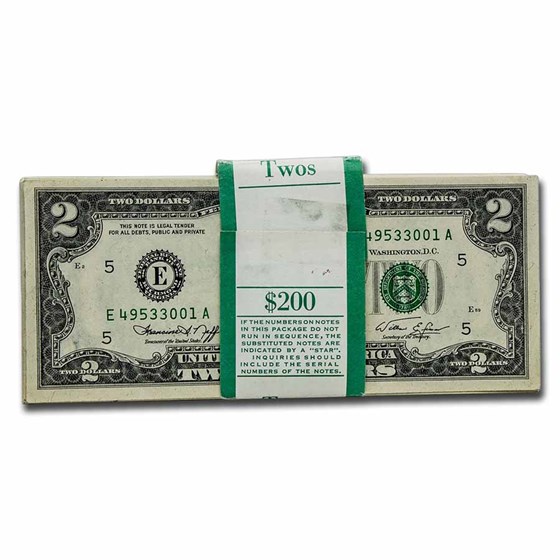 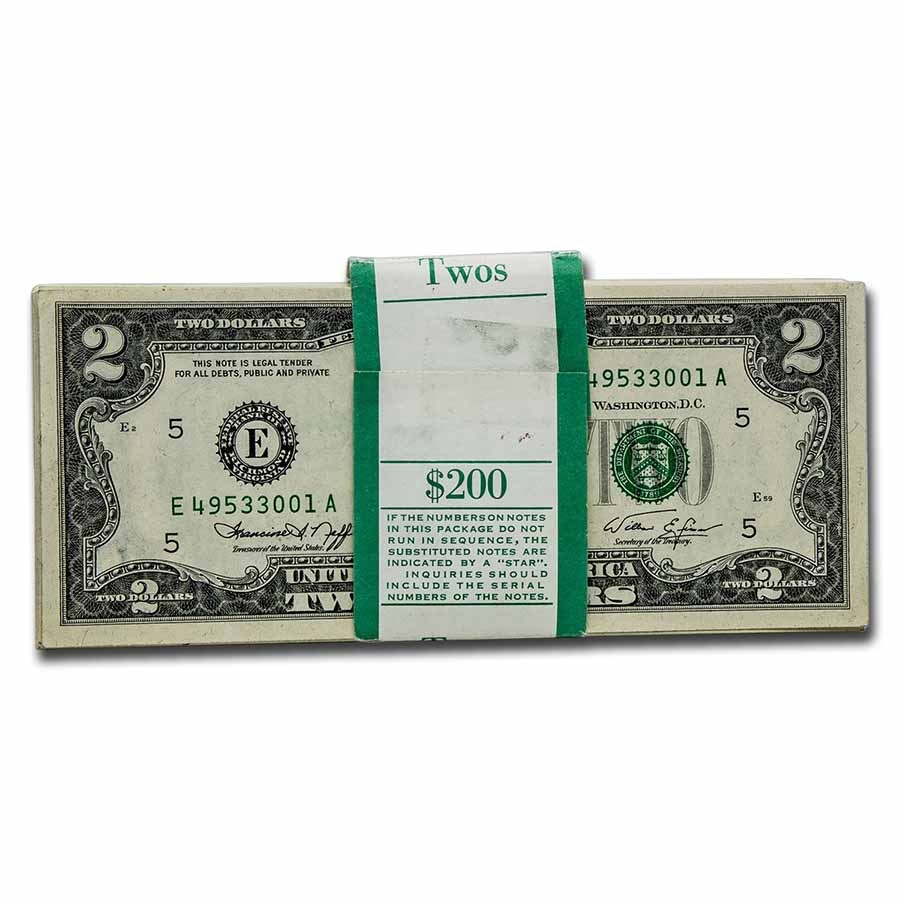 Product Details
Product Details
These 1976 $2.00 notes from the Richmond district are consecutively numbered and come in Crisp Uncirculated condition. 100 Consecutive pack kept together for the last 45 years!

Currency Highlights:
These consecutive bank notes are interesting pieces of banking history. Add some one of these great conversation pieces to your cart today!

Series 1976 $2 FRN's were printed in fairly large numbers, with the Minneapolis district being one of the elusive ones from that issue!