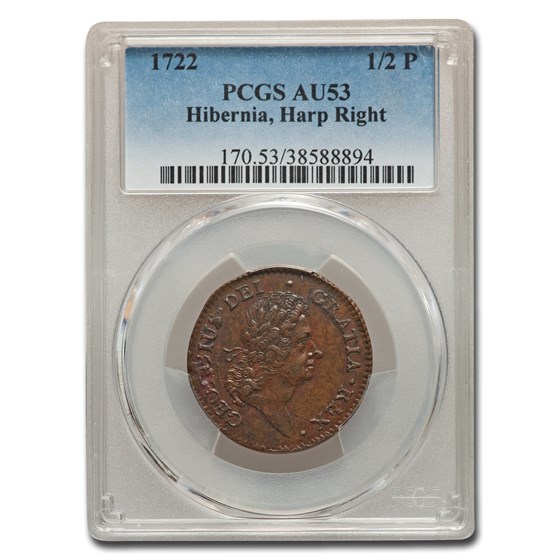 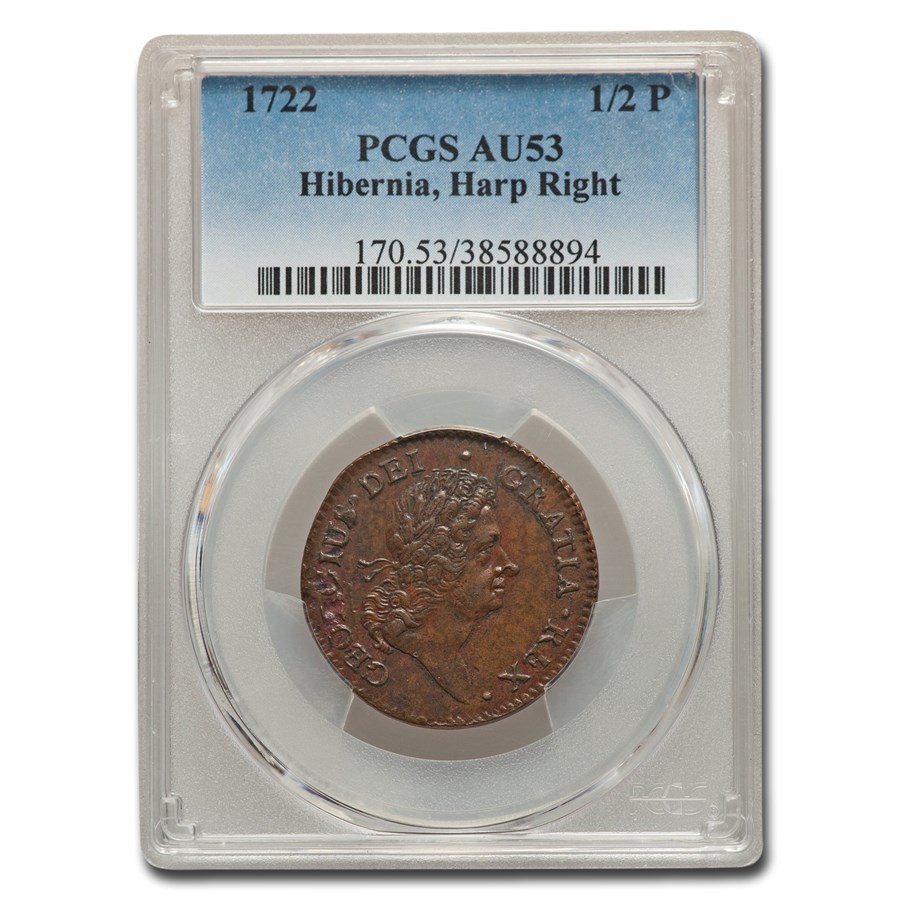 The product pictured is the exact product you will receive.
Product Details
Product Details
An extremely nice example of this early colonial coinage. This is the type 2 variety with the Harp at right on the reverse. This coin is nearly 300 years old.

This coin will make a great addition to any collection. Add this 1723 Hibernia Halfpenny to your cart today!

This is a really nice 1722 Wood's Hibernia Halfpenny. The legend "Hibernia" is the Latin name for Ireland and it means the "Land of Winter." Georgius Dei Gratia Rex is Latin for "George, by the Grace of God, King." These coins found their way to colonial America from Ireland where the populace refused to use the coins King George authorized. Because of this, a number of these were sent to America. This is an amazing opportunity to own a coin used in the United States as legal tender, before America declared its independence and issued its own currency.